A week after the escalation that killed four of its citizens, and after Hamas et al have allowed the Independence Day celebrations to pass relatively quietly (If one doesn’t count the violent demonstrations near the border fence on Friday, in which a Gaza Arab was killed), on Sunday Israel continued to make concessions as a reward to Hamas and the Islamic Jihad.

The IDF opened the crossings to the Gaza Strip on Sunday morning, having reopened the fishing area off ​​the Gaza Strip shore, as part of Israel’s efforts to prevent a humanitarian deterioration in Gaza.

During the three or so days of fighting, 700 rockets and mortar shells were fired at Israeli communities surrounding the Gaza Strip, in the western Negev and along the coast. Four Israelis were killed and dozens wounded. In Gaza, at least 25 Arabs were killed in IDF attacks.

The head of the Fishermen Union in Gaza, Nizar Ayyash, said on Friday that the Israeli authorities had notified the authorities in the Gaza Strip of their decision to allow the expansion of the fishing zone starting 10 AM Friday. But before the opening of the fishing zone, the IDF made it clear that the implementation of this decision was conditioned on Gaza fishermen not deviating from the agreed range, and that any deviation would be handled by Israeli naval security forces.

A statement from the Coordinator of Government Activities in the Territories (COGAT) stated that the Erez and Kerem Shalom crossings would open and operate as usual, according to the routine operating hours.”

The crossings, like the fishing zone, were completely closed during the last round of fighting that ended last week.

COGAT said that “this step is part of the civilian policy to prevent [humanitarian] deterioration and a policy that distinguishes between terrorists and the uninvolved population.”

Last week, Qatar announced it would give the Palestinian Authority and Hamas $480 million in aid. According to the Qatari Foreign Ministry, the money will be divided between the PA and Hamas, so that $300 million is transferred to the PA as grants and loans to pay salaries in the education sector and the healthcare system, and the remaining $180 million will be allocated for urgent humanitarian assistance, support for UN programs and the provision of electricity benefiting the residents of Gaza.

The Lebanese newspaper Al-Akhbar last week cited sources in the terrorist organizations in Gaza who gave Israel one week to comply with its commitments, or face their wrath. “This time we will strike even harder if Israel continues the policy of assassinations – strong blows will be delivered against Tel Aviv,” they threatened.

But it seems that there will be no need for an additional demonstration of force by the terrorist organizations. Israel is complying and the situation in Gaza is returning this morning to the routine of the days before the sudden attack a week ago Saturday. 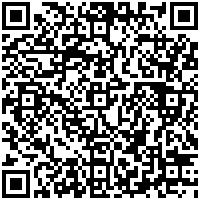