Hamas terrorists are seriously escalating their war of attrition against Israel, with the latest explosive balloons landing at a school in Be’er Sheva – considered the “capital” of the Negev – and at a moshav in the Jordan Valley.

A colorful cluster of balloons arrived at midday at the Be’er Sheva school attached to what appears to be a small explosive, with a cord ending in a detonator or ignition piece, leading out of the bottom. Unlike most of the flying devices in the past, this item does not look homemade and may have been “imported.”


IDF soldiers were immediately summoned to the site.

“This is a dangerous step in the expansion of terror attacks,” commented the Hebrew-language 0404 military website, noting that this explosive – and others – landed “in the vicinity of concentrations of children throughout our country.”

In this case, miraculously, there were no injuries.

A cluster of white balloons with the cheerful message “I (heart) you” and bearing a potentially deadly payload landed Monday in the Jordan Valley.

The balloons, which appeared to be tied to a small improvised explosive device (IED) or an incendiary device, landed just outside a fence surrounding a date palm grove at Moshav Yafit.

Security personnel at the moshav immediately closed off the area, and called Border Guard Police sappers to neutralize it.

In recent weeks, the number and frequency of such arrivals outside of the southern Israeli Gaza Belt region has increased dramatically.

Incendiary balloons and flying bombs have also landed in Jewish communities in Gush Etzion, Samaria, the Mateh Binyamin region in central Israel,(including Modi’in) and in the very heart of the capital, on Emek Refaim Street in central Jerusalem, as well as in southern Israel.

At the start of the weekly government cabinet meeting on Sunday, Prime Minister Benjamin Netanyahu warned Gaza’s ruling Hamas terrorist organization, that if it does not “stop the violent attacks against us, they will be stopped in a different way and it will be painful – very painful.”

Likewise, Defense Minister Avigdor Liberman repeated a warning Saturday night in a tweet that he had already issued Friday: “As long as the violence in Gaza – including sending incendiary balloons and burning tires opposite Israeli towns – does not cease completely, we will not renew the provision of fuel and gas to Gaza.” 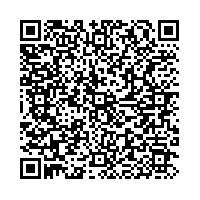