All my friends and family know it. No present is more likely to amaze me than one made in Israel. I am an avid consumer of Israeli goods, whenever and wherever I can find them.

Since Israel has invented fundamental computer and medical technologies, even enemies of Israel buy Israeli products, unless they live under a rock, far inside a cave. So, I am not alone in buying Israeli products, but I do not stop at those inevitable products. I also buy Israeli fruits, wines, or anything else that I can find. Luckily, Canada has a free trade agreement with Israel, and Israeli products are not too difficult to find here.


I bought or was given Israeli mangoes, grapefruits, persimmons, pomegranates, mandarin, dates, zaatar, olive oil, wine, arak, and even vodka. All were excellent. This summer alone, I bought for myself or for others eight cases of Israeli mangoes during the few days that they were available at Costco. I have never tasted a better fruit.

With Israeli olive oil, I eat Labneh (a Lebanese specialty), Lebanese olives, and Israeli Zaatar. The combination of Israeli and Lebanese makes the dish even better because it helps me feel that peace is perhaps possible between our two countries.

Consuming Israeli goods is my way to give the finger to the BDS movement, plus Israeli products are typically far better than the competition, but my main reason is that it is my physical connection to Israel.

Israeli dates that I often buy at Costco

The best olive oil that I have ever tasted

Israeli wines from the Liquor Control Board of Ontario (LCBO)

Mandarin from either Loblaws or Metro

A glass of Israeli Merlot

Israeli vodka and wines from the LCBO

Israeli mangoes in a bowl, the most amazing fruit I have ever had

Israeli coffee in a mug that I bought in Jerusalem, and an Italian cookie
Advertisement 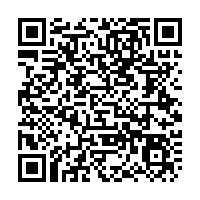