French President Emmanuel Macron’s meeting with Palestinian Authority (PA) head Mahmoud Abbas during his visit to Israel to commemorate the Holocaust “is a mockery of the Holocaust,” Israeli politician Sarah Beck charged in a letter she sent him on Thursday.

Macron, who is in Israel together with 45 global leaders and royals to attend the Fifth World Holocaust Forum at the Yad Vashem Holocaust memorial and to mark the 75th anniversary of the liberation of Auschwitz-Birkenau, met Abbas in Ramallah late Wednesday night.


Beck wrote in a letter she sent Macron that “as a granddaughter of Holocaust survivors and of a grandfather who served as a rabbi and a colonel in the French army, I feel that your visit to the Muqata [PA headquarters in Ramallah], where Arafat, who has the blood of masses of Jews on his hands is buried, and with Abbas, the Holocaust denier, as part of the Holocaust memorial event, is like bringing the killer-executioner to the mourners home.”

Abbas wrote his Ph.D. dissertation on “The Connection between the Nazis and the Leaders of the Zionist Movement 1933–1945.” In the research, which was also published as a book, he mocked the accepted number for Jewish deaths in the Holocaust and dismissed it as a “myth” and “fantastic lie,” and claimed Zionist agitation had been the cause of the Holocaust.

During a meeting of the Palestinian National Council in 2018, Abbas stated that Jews in Europe were massacred for centuries because of their “social role related to usury and banks,” a statement condemned globally as explicit anti-Semitism.

Beck wrote her letter “on behalf of third-generation Holocaust survivors and on behalf of victims of terrorism.”

She added that she appreciated the visit and the president’s activities against anti-Semitism but noted that “it cannot be that the visit involves such a severe moral distortion, in which you pay homage to those who have raised the banner of killing Jews.”

“Your visit there desecrates the event,” she concluded.

Macron also went into what appeared to be a pre-planned fit of rage against his Israeli guards during his visit to the Church of St. Anne in the Old City of Jerusalem.

Under French protection, EAPPI, a virulently anti-Israel BDS group, uses the church as a base for their activities. 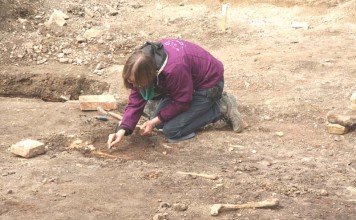 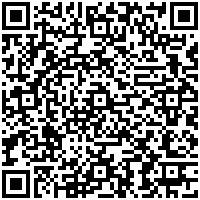