Zehava Gal-On, the former and most likely future chairperson of Meretz, Israel’s barely surviving left-wing party, told Walla in an interview Thursday that PA Chairman’s comments in Berlin this week (Abbas in Berlin: Israel Committed 50 Holocausts) were despicable, but in the end, it’s in Israel’s interest to keep meeting with him.

“We can be offended and disgusted but we have security interests,” Gal-On said. “Mahmoud Abbas works in cooperation with the Israeli security forces to try to prevent terrorism here and reach understandings. If we think ours should be a policy of insults, then it won’t be a serious policy. He should still be seen as someone with whom to negotiate and not propose unilateral measures and punishments.”


Meretz was cobbled together from three old and new left-wing parties in 1992 and peaked in the elections that year, with 12 seats. It helped Labor’s Yitzhak Rabin unseat the Likud, which had been in power, alone or in rotation governments, since 1977. One year later, it was Meretz that pushed through the Oslo agreement that imported from north Africa Israel’s deadliest enemy, the PLO, and handed it a good third of the land to start its own state.

Many rivers of blood have gushed since through the streets of Tel Aviv, Jerusalem, Haifa, Netanya, Beer Sheva – you name it, PA Arabs executed Jews there by the dozens. And none of it has changed the insistence of this Meretz leader––and all the leaders before her––that what the Arabs need is even more power and the freedom to operate.

But Meretz is not alone in its conviction, as Gal-On reminded Walla, noting that Prime Minister Yair Lapid (Yesh Atid) had told her in a meeting that he “intends to reach a political settlement with Mahmoud Abbas and the Palestinians.”

She also praised Defense Minister Benny Gantz for hosting Abbas in his home in Rehovot recently, ignoring the public outcry it generated. “There’s no such thing as the public,” she said. “There’s leadership. If it’s a brave leadership, it says it’s necessary to go for political moves.”

Gal-On was only four when she made Aliyah in 1960 from her birthplace of Vilna, the capital city of Lithuania, then a Soviet republic – and it turns out you can get the girl out of the Soviet Union, but you can’t get the Soviet Union out of the girl. For years, Israelis were infuriated by just this kind of attitude on the part of the historic Labor party, until they removed its yoke. Back in 1977, Yitzhak Ben Aharon, the legendary Secretary-General of the Histadrut trade union, commented on Menachem Begin’s historic victory: “The people made a mistake. We need to replace the people.”

Gal-On said she believes that Meretz, under her leadership, will receive five to six mandates, and reiterated that she did not rule out running together with the Labor Party. “We’re talking about two serious women – Merav Michaeli and I, if we get to where we get to, we will sit down and talk. There’s no point in making a declaration for the moment. I bring resilience to Meretz and the public understands that if they want a new Meretz government, it has to be big and new.”

So humble. She then said, with even greater humility: “I met with Lapid on the day I announced my candidacy and told him we’ll get to the bridge and see. I won’t object to anything out of hand, and I don’t have an ego issue – I’ll be ready to give up the first spot.”

She had to be joking. 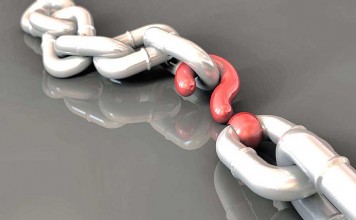 The History Of Machloket (Part I) 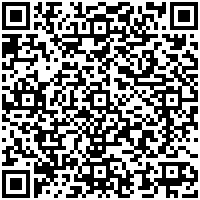