“The vaccine was registered under the emergency use authorization procedure without additional clinical trials on the territory of the state,” according to the statement.


And you’ve been saying the PLO aren’t trusting people.

Gam-COVID-Vac, sold under the trade name Sputnik V, is a COVID-19 vaccine developed by the Gamaleya Research Institute of Epidemiology and Microbiology, and registered on August 11, 2020, by the Russian Health Ministry. Sputnik V was approved for distribution in Russia after being tested in a small number of people, in early-stage clinical trials that lasted two months. Normally, such a process requires at least a year of clinical assessment for proof of vaccine safety and efficacy against viral disease. The quick approval was criticized as premature and blamed on the Russians’ desire to be the first country to produce a coronavirus vaccine. Initially, results from the Sputnik V clinical trials were made available. Then Phase I and II results were published on September 4, 2020, but the crucial Phase III trial, which proves a vaccine’s safety and efficacy in at least 30 thousand individuals, has not yet been completed.

Nevertheless, supplies of the Russian vaccine should arrive in “Palestine” in the first quarter of 2021 are planned for Q1 2021, with the first batch anticipated in February, according to the RDIF. Supplies of the Sputnik V vaccine will be facilitated by RDIF’s international partners in India, China, and South Korea.

According to PA Health Minister Mai Alkaila, fifteen people died of the coronavirus in the PA and Gaza Strip in the last 24 hours, nine in the PA and six in Gaza; 797 new cases were recorded, and 1,441 patients have recovered. in her daily report on coronavirus in Palestine. 92 patients are in intensive care, 24 of them are on ventilators. No data were available from eastern Jerusalem. 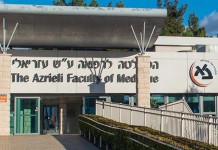 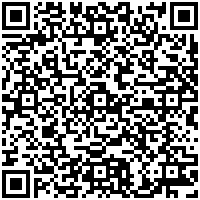