The Jerusalem Prosecution this week announced the termination for lack of evidence of an investigation into alleged forgery in the purchase of the “Rachel and Leah” building in Hebron.

While the Jewish rightful owners of Beit Hamachpela in Hebron a week ago took over their building, Beit Rachel V’Leah stands vacant, and, in fact, the IDF has welded the doors shut to prevent the owners from entering.


According to a report in Makor Rishon Friday, the Rachel and Leah building was purchased by the Harhivi Association from a Hebron Arab named Za’atri. A year ago, when the Jewish owners attempted to enter the property, they were evicted on an order from the Netanyahu government and an investigation of the sale was launched.

The seller, Za’atri, found shelter in the home of the association’s attorney, Doron Nir-Tzvi, and there was talk of flying him and his family abroad, to protect them from the long arm of the Palestinian Authority’s Preventive Security agency.

The law in the PA prohibits selling land to Jews, on penalty of death, and several Arab land owners and brokers have been tortured and executed for violating this racist law.

Eventually, the PA managed to lay its hand on Za’atri, who, to save himself from the death penalty, filed a complaint with Israel Police against the Jewish buyers, claiming they forged the sale documents.

But when Harhivi officials showed up for an interrogation, they presented Police with the original purchase documents as well as a video documentation of the closing, where Za’atri is seen carrying out the sale with no evidence of duress.

Now it turns out, according to Makor Rishon, that Israel Police and the very PA agency that could send the Arab seller to his death, got together with Za’atri and questioned him regarding the sale – resulting in the poor man being forced to incriminate himself in the presence of his executioners.

MK Nurit Koren (Likud) wrote Minister of Public Security, Strategic Affairs and Minister of Information Gilad Erdan (Likud) after the incident had become public, “How is it possible that the Israeli investigation authorities would collaborate with the Palestinian Authority in interrogating a detainee whose only crime is that he sold real estate to Jews?”

“Why did Israel hand over Za’atri to to PA when it is clear that the punishment for his action is the death penalty?” MK Koren added.

Israel Police responded that it was necessary to interrogate Za’atri, who was the key person in the investigation. The Police also noted that they did not hand Za’atri over to the PA, rather the interrogation took place inside a PA facility. 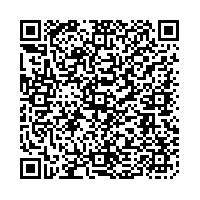