Demolition orders against structures in the Jewish communities of Psagot, Kochav Ya’akov, and Modiin Ilit in Judea and Samaria have been rescinded following an appeal by the Regavim movement to the Attorney General two weeks ago, arguing that the orders contradict the new Regulation Act.

The purpose of the new law, which compels Arab claimants to accept market-value compensation for land where Jews have settled with government sanctioning, is to put a halt to the destruction of Jewish owned homes by court decrees.


Several weeks ago, the Coordinator of Government Activities in the Territories (COGAT) posted demolition orders on four structures in Psagot, five in Modiin Ilit, and two in Kochav Ya’akov. The structures were built many years ago, on private land. On March 22, Regavim, whose mission is to apply the law justly regarding illegal and legal construction and real estate throughout Israel, sent a letter to Attorney general Avichai Mandelblit, stressing that the orders are illegal, having been issued later than the Regulation Act, which was passed on February 13, 2017.

Regavim attorney Boaz Arazi emphasized in the letter that it was the AG himself, who was on the record as objecting to the new law, told the Supreme Court that for the time being demolition orders in a list of communities, including the three mentioned above, would be frozen.

Arazi said in a statement that “freezing enforcement procedures against construction is the first swallow heralding the new Regulation Law. It allows COGAT to execute the law as enacted by the Knesset, and to guarantee that upsetting incidents such as the demolition of homes in Ofra, carried out with no purpose, would not be repeated.”

“Starting now, there will be no more enforcement against long-standing construction,” Arazi concluded. 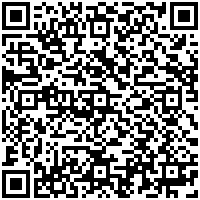