On the agenda was the declaration by U.S. President Donald Trump recognizing Jerusalem as the capital of Israel.


Abbas is in a fury due to the failure of the United Nations Security Council to pass a resolution Monday forcing the United States to rescind its recognition.

That happened because U.S. Ambassador to the UN Nikki Haley exercised her nation’s veto to torpedo the move, following the vote with a speech described by Israel’s Prime Minister Benjamin Netanyahu as “truly Maccabean.”

Fourteen of the 15 member nations on the Security Council, however, voted in favor of the resolution advanced by Egypt that opposed Trump’s decision to recognize Jerusalem as Israel’s capital.

Now Israel’s Foreign Ministry is focusing its efforts on heading off the Palestinian Authority’s new effort to persuade the UN General Assembly to vote in favor of a new measure calling for the withdrawal of America’s recognition of Jerusalem as the capital of Israel.

Even if it should pass, the resolution carries no legal weight. The United States is within its rights to place its embassy wherever it desires, and to recognize any capital it chooses – just as others have done in recognizing a so-called “State of Palestine” that doesn’t legally exist.

The Palestinian Authority is also once again engaged in concerted campaign to pressure the United Nations to grant it full membership, even though it does not meet criteria.

It is for these reasons that Abbas met Tuesday with the royal family in Riyadh.

Perhaps the royals agreed to meet with Abbas, however, in order to try and bring him back down to earth and persuade him to – for once – accept whatever final status plan the Saudis may be trying to cook up with the American negotiating team. 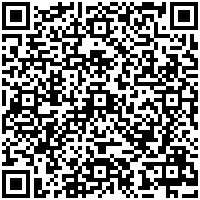