The PR folks at the pro-Hamas movements have come up the gimmick of using children to win attention in their effort to stop Israel from preventing terrorists and arms to enter Gaza by sea.

After numerous failures of the Free Gaza organization to win more than a day or two of sympathy in the headlines by sending boats to Gaza ports with unneeded food and medicines, which are freely shipped in by land from Israel, the so-called Free Palestine Movement organization has announced a “mini-Ark” flotilla to be launched on Saturday. “Free Gaza” endorses the stunt.


The idea is to let hundreds of children sail to bring “attention to the devastating conditions for children living inside the Gaza Strip, as fuel to run their society and other essentials have been denied to them… Children can’t study at night, because there is no electricity, and many of them are reading by candlelight.”

The organizers forgot to mention that most of Gaza’s electricity is run with fuel that is sent by Egypt.

Hamas used to bring in approximately a quarter of million gallons of diesel into Gaza from Egypt through smuggling tunnels, but the military regime in Egypt shut them down.

It wants to make sure the smuggling tunnels are not used for other commodities, such as explosives, anti-aircraft guns and other humanitarian aid.

Regardless of the Palestinian Authority and Egyptian moves against Hamas in Gaza, the pro-Hamas champions always can count on Jews like Noam Chomsky to give them a sympathetic ear and earn a couple of headlines while exploiting children as weapons for a pro-terrorist agenda.

Chomsky stated, “It was incredibly moving, and inspiring, to learn about the Mini Arks that are to sail from Gaza on November 30. The courage and heroism of the people of Gaza, enduring shocking crimes and torture, is one of the wonders of the age. I hope that the arks that the children are sending forth will at least reach the conscience of the world, and help bring these horrors to an end.”

The children indeed are suffering, but it will be difficult to convince the foreign press, which has run out of excuses to blame Israel for Gaza’s woes. Even The New York Times this month cited the facts for a change and reported, “Egypt’s new military-backed government closed the smuggling tunnels that were used to transport around one million liters (about 260,000 gallons) of diesel here each day. Hamas has refused to import Israeli diesel because of taxes imposed by the Palestinian Authority.”

The Free Gaza movement ran out of steam with the IHH flotilla in 2009, when the IDF faced club-wielding terrorists when soldiers in the Navy tried to board the Mavi Mamara ship that was headed for Gaza.

The IDF soldiers, three of whom had been kidnapped on board and brutally beaten, overcame the terrorists, nine of whom were killed. If you listen to people like Free Gaza co-founder Mary Thompson, it was “Zionist pirates” who attacked the ship “resulting in the murder of nine unarmed passengers.” Metal clubs and knives apparently olive branches and not weapons

A U.N. investigation noted that the maritime embargo was legal.

The clincher that showed the flotilla movement as being a farce was that there was no humanitarian aid aboard the Mavi Mamara. 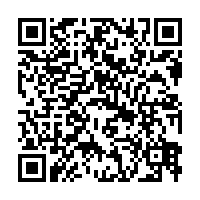