Police at the Temple Mount last week escorted a group of Jews to enter a gate to ascend to the holy site but then closed it to them when an Arab mob of only 50 Muslims gathered and threatened them with hate slogans.

The police promised the Jews they could enter in another hour, but when the time came, the police escorted them away from the site and allowed only Muslims to enter.


The success by the Arabs to force the police to keep Jews off the Temple Mount is another Arab victory in what has become an increasingly evident battle by Muslims to keep Jews from having any claim to the holy site and by Jews to prove the opposite.

The police usually take the easiest way out when it comes to sensitive political wars in the name of religion, or perhaps this one is a religious war in the name of politics.

Security forces for years have honored Haredi demands and kept the Women of the Wall movement from praying with prayer shawls and tefillin at the Western Wall – until Jewish Agency Natan Sharansky stepped into the fray and supported the women’s efforts.

The police suddenly changed sides and instead of arresting the women, they protected them and arrested Haredim who tried to interfere with the women’s prayer.

When it comes to Arabs and Jews on the Temple Mount, it is clear which side the police take.

If possession is nine-tenths of the law, the Muslims have won hands down.

Complicating the Jewish struggle to overcome Palestinian Authority claims that the Jewish Holy Temples never even existed is the prohibition of the Chief Rabbinate against Jews ascending the Temple Mount, because of issues of Jewish law concerning ritual purity.

The government always has preferred to “keep the peace,” but the more the Arab world insists that the Temple Mount has not Jewish history, the more many Jews say that if they do not stake out a claim by their presence, the de facto absence of Jews will turn the Temple Mount into a  permanent “Muslim only” site.

Now what would happen if, instead of religious Jews trying to ascend the mount, the Women of the Wall would concentrate their activities there instead of testing the Haredim at the Western Wall? 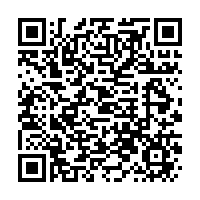