French experts have ruled out any possibility that Yasser Arafat died of poisoning, as his widow Suha and the Palestinian Authority have charged, with the finger pointed directly at Israel.

The Israeli government reacted to the latest development in the blood libel with a simple “no surprise” statement.


The French report does not necessarily put an end to the accusations, backed by Swiss scientists and blown up last year by an Al Jazeera investigation that covered all the bases to blame Israel. Its  47-minute report, which can be seen below, left the clear impression that Israel poisoned Arafat with plutonium, and that if results prove otherwise it would only because of a cover-up to prevent the end of the peace process and the catalyst for a regional explosion.

Today, Al Jazeera published the French news agency AFP’s report on the conclusion of the French experts without fanfare, excuses or apologies.

“The report rules out the poisoning theory and goes in the sense of a natural death,” a source told the news agency. That contradicts last month’s statements from Swiss scientists that there is evidence to “suggest” that the terrorist who won the Nobel Peace Prize was killed by plutonium.

The Jewish Press carried here out a report three months ago that totally debunked the idea as being ridiculous on the basis of simply chemistry.

The French experts’ conclusion puts an end to criminal charges because it was France that launched a formal investigation into his death following the Al Jazeera documentary.

Swiss and Russian scientists also participated in the probe, with a team from each country taking samples from Arafat’s remains last year, eight years after his death.

Now that French has torn apart the possible of poisoning and the Swiss team has left it open for question, the ball is in the court of Russia, which has not yet issued its findings

A Russian medical agency in October denied it has made any statement after Interfax quoted its official as saying that Arafat “could not have been poisoned by polonium.”

The Palestinian Authority has not commented on the French report.

Al Jazeera suggested in its document last year that the Palestinian Authority was careful to keep its investigation secret, and the news agency directly suggested that officials wanted to hide the “truth” that Israel killed Arafat.

The contradictory reports leave the Palestinian Authority, which whose oxygen comes from foreign money and domestic propaganda, with the possibility of being able to use the inconclusive Swiss report  to hang Israel as an eternal suspect in the death of its “father,” Arafat  the “Palestinian,” who was born in Egypt in 1929.

His father was originally from Gaza and his mother was Egyptian. 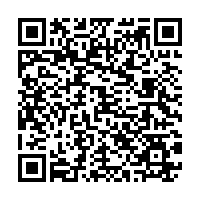