Bechadrei has some more details of who is behind the hechsher, and that the new hechsher is very quickly causing fights and breaking up families. The founder is a former chassid of the Mishkenos HaRoim chassidut named Nachum Hanun and now associated with the sikrikim. Some eaders of the Eida recently went to the Mishkenos HaRoim rebbe to try to persuade him to try to influence Hanun to put an end to his hechsher. The rebbe had recently visited the winery under the hechsher and performed the tithing of the wine.

The delegation argued that the new hechsher will harm the education of their children – for decades they have educated their families to eat nothing but the Eida hechsher. When Belz opened their own hechsher, they all fought against it as it was seen to be opened specifically against the Eida hechsher. Now, this new hechsher is doing the same and it too must be opposed.

The rebbe’s response was that he was told this is a private initiative of some people who wanted to make grape juice in a more machmir way, they do everything themselves and are present for the harvesting. Meaning, they are not going into the commercial hechsher business but just doing something private for themselves, so it is ok.

Anyways, Bechadrei also adds that a certain family in Bet Shemesh (where else would this happen?) there was a Hannukah party with all the branches of the family in attendance. One member brought some grape juice with the new hechsher. Sure enough it caused a fight and another family member brought out products with the hechsher of Belz and other products with the hechsher of the Rabbanut, saying once we are breaking the rules, why not go all the way! It seems to have turned ugly because the report says the father eventually had to shut down the party and send everyone home.

Who knows what really happened at the party, and who cares? They are clearly not worried about kashrut but about protecting the Eida’s level of control and authority. The problem was that a competing hechsher is being opened, rather than that hechsher is not good because of x, y or z.

Anyways, as said elsewhere, anybody who wants, especially if they know them, has the right to trust their kashrut, new hechsher or not. Kashrut works on the concept of eid echad neeman b’issurim. If you trust them, b’teyavon. If you have no idea who they are and don’t have any specific trust of them, then their hechsher is worthless. Since at this point they are not covering any products except a private label grape juice that almost nobody outside their opwn group will run into, it is not really an issue yet. When they will eventually try to expand into a money-making business and try to sign up companies and products for supervision, then their lack of authority and lack of transparency will be much more significant. 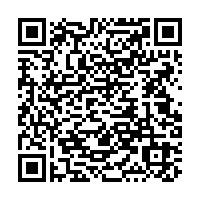