France is steadfast in its refusal to designate Hezbollah a terrorist organization, despite the growing wave of condemnations for the group in Europe and elsewhere. In April, Germany banned Hezbollah and dropped the distinction between the Iranian proxy’s “political” and “military” wings, declaring the group as a whole terrorist. The UK, the Netherlands, the United States, Australia, Canada, the Arab League and the Gulf Cooperation Council have already done it. The Austrian parliament is pushing for it.


On Monday, the new French ambassador to Israel, Eric Danon, told the Times of Israel that “the mere fact that the Germans have changed their position does not necessarily mean that we have to change our position as well,” adding: “You would have to ask them what moment or event triggered their change of positions. There were reports in the press about a possible terror attack planned in Germany. Maybe this played a part? But really, to avoid speculation, you would have to ask the Germans directly as to the reasons behind this decision. For our part, we have not identified a particular event that would prompt us to change our position.”

The European Jewish Press’ Yossi Lempkowicz wrote on Wednesday that, following Germany’s move to ban Hezbollah on April 31, Peter Stano, EU spokesperson for foreign affairs, told, EJP that the EU only bans the “military wing” of Hezbollah. Apparently, everyone else over in the Nasrallah bunker in Beirut is fine.

“We take note of the decision of the German Ministry of Interior on Hezbollah, which is a domestic public law decision in Germany. The EU position has not changed. In July 2013, the EU 28 Member States agreed unanimously to designate the military wing of Hezbollah under the EU sanctions regime to combat terrorism,” Stano said, adding, “They underlined that this decision does not prevent the continuation of dialogue with all political parties and does not affect the delivery of financial aid from the EU and its Member States. The EU remains committed to Lebanon’s stability.”

Of course, there hardly is a thing called Lebanon any more, never mind a stable Lebanon. And the distinctions between Lebanon and Hezbollah are evaporating rapidly, especially when it comes to the Lebanese army. We just saw an example of that on Tuesday, during a posturing between the IDF and the Hezbollah-controlled Lebanese Army near the Blue Line in northern Israel.

Lempkowicz suggests that France, too, defends the legitimacy of Hezbollah’s “political wing,” which he notes is “an artificial distinction that even the group itself does not recognize.”

“In establishing this distinction, the EU intends to preserve an open channel with Hezbollah and its representatives in the Lebanese government,” Lempkowicz wrote.

“It is clear without any doubt that the European Union must ban Hezbollah entirely,” Mandl stated. “There is no so-called ‘political arm’ and ‘terrorist arm,’ but one organization acting violently against the only Jewish State, including killings of civilians, many of them children.”

Mandl also argued that “a true European Foreign Policy will establish an even stronger relationship with reliable partners in Lebanon.” 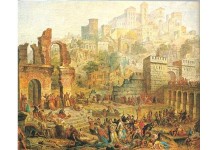 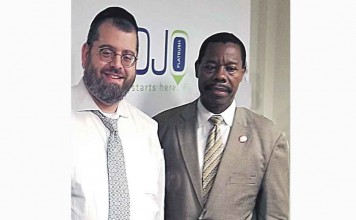 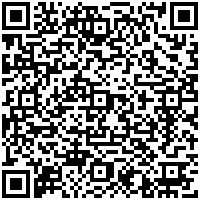