Addressing an audience of more than 2,000 at the Limmud FSU conference in Moscow, Rabbi Lazar said “the situation in Europe is very worrying,” and suggested that “If Marine Le Pen is elected president of France, the Jews must leave.”


Rabbi Lazar voiced his concern about the rise of nationalism across Europe. “The situation there is very worrisome,” he said. “Not only because of immigrants, but also because the general population is heading toward radicalization. The best example of this is the rise of extreme-right parties.”

Russia’s chief rabbi praised President Putin, whom, he argued, “was the first president to publicly speak out against anti-Semitism and did the most for the Jews in Russia.” Lazar suggested “there is no institutional anti-Semitism in Russia, where the attitude toward the Jews is excellent.”

Except that President Putin appears to be invested in Marine Le Pen’s victory, this Sunday or in the runoff election next month. In March Putin hosted the National Front candidate in the Kremlin with all the honors due a foreign head of state, and telling her, “I know that you represent a group of fast-growing European political forces” – the very forces Rabbi Lazar appears to fear very much.

Lazar explained away recent anti-Semitic statements by Russian members of Parliament, calling them “just a drop in the ocean.” Lazar noted that “these statements are of course inappropriate, but they are not the end of the world either. Our goal is to have a finger on the pulse and raise the issues on the political level in order to protect the Jewish community. We must cooperate with the government as long as it protects us.” 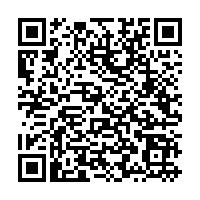