Americans Against anti-Semitism reported on Tuesday that 16 Chassidic travelers from New York were stopped in Frankfurt Airport on their way to Vienna, and held in detention for more than ten hours for no apparent reason.

Former Assemblyman Dov Hikind, founder of Americans Against anti-Semitism, who interviewed one of the passengers, said “it’s unconscionable for something like this to happen to innocent people anywhere, but even more so to identifiable Jews in Germany of all places. They reached out to share their story with me, I can tell you the trauma and pain they suffered is scarring and traumatic, so we are calling on the German government to investigate this appalling treatment of innocent people immediately.”


Eventually, one of the detainees called the US consulate the Germans realized they couldn’t hold on to their prisoners. They demanded that they sign a release document absolving the German authorities of wrongdoing—which not all of them agreed to do. All sixteen men were released eventually without ever being told the reason for their incarceration.

Watch the interview with one of the men. 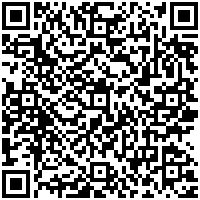