German Foreign Minister Sigmar Gabriel told media on Saturday that Germany was solely responsible for the Nazi Holocaust, and no one else.

“For 15 years I organized youth trips to Auschwitz and Majdanek. That these camps were German – there can be no doubt about that! The use of the term ‘Polish death camp” is incorrect,” Gabriel tweeted on Saturday.


He added that people in Germany are “convinced that only carefully appraising our own history can bring reconciliation. That includes people who had to experience the intolerable suffering of the Holocaust being able to speak unrestrictedly about this suffering,” he underscored.

The response came in the wake of a fierce discussion between Poland and Israel over legislation passed last week by Polish lawmakers, outlawing any mention of Poland’s complicity in the Holocaust. The law has yet to be signed by the nation’s president.

However, the Israeli Embassy in Warsaw warned on Friday that it has observed a “wave of anti-Semitic statements” in Poland.

The Israeli Embassy in Warsaw warned on Friday that it has observed a “wave of anti-Semitic statements” in Poland.

“In the last few days we could not help but noticed a wave of anti-Semitic statements reaching the Embassy through all channels of communication,” a statement on the Embassy website said. “Many of them targeted Ambassador Anna Azari personally.

“Anti-Semitic statements are overflowing the internet channels in Poland, but they have become present on the main stream media too, especially on the TVP Info,” the statement added. TVP Info is the state-run channel over which a recent commentator said, “We could say these camps were neither German nor Polish, but Jewish, because who operated the crematoria? And, who died there?”

Poland’s Prime Minister Mateusz Morawiecki has spent the past several days trying to maintain ties with both Israel and the United States, with whom he acknowledged there was what he called “a temporary weakening of relations.” He added, however, “I hope that soon they will improve as we will explain our position. As a prime minister this is a ‘do or die’ moment,” he told reporters Friday. “We will be explaining. It’s an important moment.”

By Saturday, Morawiecki admitted that the law could have been timed and presented in a better fashion, but added that the legislation was needed in order to “protect the truth” of Poland’s wartime history. 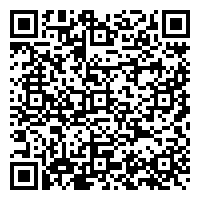