German Chancellor Angela Merkel visited Yad Vashem in Jerusalem on Thursday and expressed her sorrow for Germany’s persecution of the Jews, stressing that Germany bears the primary responsibility for the Holocaust.

Merkel stopped during the tour to read orders written in German and inquired about the decision-making mechanism in the Third Reich, as well as the process that began with economic decrees against Jews and ended with the final solution.


Merkel wrote in the Yad Vashem guest book: “Eighty years ago, on Kristallnacht, the Jews in Germany suffered from hatred and violence that they had never known before. Then came an unprecedented crime, the breaking down of civilization. Since then, Germany has an everlasting responsibility for remembering this crime and fighting violence, xenophobia and hatred in general.”

Merkel later denied that she had conditioned her visit to Israel on the Netanyahu government not carrying out the High Court-sanctioned evacuation of the illegal Bedouin settlement Khan al-Ahmar.

“It’s a lie,” she said. “We have never presented such a demand. We may disagree with this or that move by the Israeli government, but it is an internal Israeli matter and we did not intervene in it.”

Ahead of her arrival on Wednesday, children in Khan al-Ahmar put up posters begging Merkel to stop the demolition of their homes, reminding the chancellor of her opposition to plans to demolish the illegal enclave. 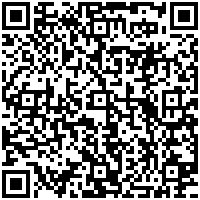