Police on Sunday morning detained six suspects in the submarine corruption case, including a former senior official in the Prime Minister’s office, Israeli media reported. The arrests were the result of the testimony provided by Israeli businessman and former Navy missile boat commander Miki Ganor, who turned state witness in the case.

Police searched the homes and offices of the suspects, among them former Navy commander Maj. Gen. (res.) Eliezer Marom, as well as a former brigadier general in the Navy.

The State Prosecutor’s Office is expected to submit on Sunday its response to a petition filed by Abie Benjamin—one of the regular demonstrators in front of Attorney General Avichai Mandelblit’s home in Petah Tikva—demanding that the AG launch a criminal investigation into the affair against Prime Minister Benjamin Netanyahu.

In February, Mandelblit announced that the PM was not among the suspects in the submarine case.

In July, Mickey Ganor, who brokered the submarine deal between the State of Israel and the German company Thyssenkrupp AG, signed a state witness agreement. The court issued a gag order on his testimony, but before the order was issued, parts of Ganor’s testimony were published, indicating that attorney David Shimron, a relative and close associate of Netanyahu, was going to earn 20% of the sale of three submarines from Germany to Israel, estimated at roughly $1.5 billion.

The submarines affair covers two transactions Israel has conducted with Thyssenkrupp, to purchase three submarines, as well as four missile boats to protect the off-shore gas rigs, at a cost of nearly $2 billion. The German government will fund a third of the deal. 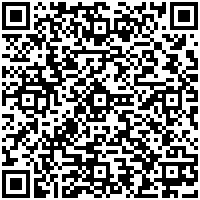