At the UN Climate Conference (COP26) in Glasgow this past week, the Palestinian Authority Prime Minister Muhammad Shataya falsely accused Israel of polluting the “Palestinian nature.” As can be seen in the video above, the situation on the ground is reversed: while Israel invests a fortune in removing environmental hazards, the PA is eagerly engaged in massive polluting.

But no one in the humungous, 144-member Israeli delegation stood up to object to the vilification of the country that paid their travel expenses. Prime Minister Naftali Bennett, who spoke immediately after Shataya’s hate speech, didn’t bother to correct the record. Was he too busy shaking the hands of world leaders who barely recognized him?

But the worst leader in the bunch was Minister of Environmental Protection Tamar Zandberg (Meretz), who only recently participated in the Israeli left’s pilgrimage to Ramallah to kiss Mahmoud Abbess’s feet.

Leftist or not, in her short stint in office Zandeberg has been an environmental warrior, standing up to Israeli corporations as well as to her coalition partners. But she couldn’t call the PA spade a spade because, you know, they’re freedom fighters. You can’t tell the shahids to clean up their filth – after all, it’s occupied filth.

Watch the video above with Sam Whitfield from the International Department of the Regavim movement sharing the extent of the crimes against nature of the filth-spreading PA Arabs – and their culture of lies. We run this video for you because we happen to be lovers of Eretz Israel and lovers of the truth. 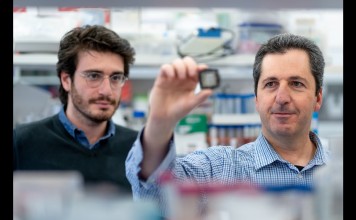 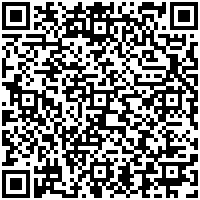