Brigadier-General Hossein Salami, the second-in-command of the Islamic Revolutionary Guard Corps, on Sunday told his troops: “Netanyahu should know that there is no way for him except fleeing the region and so he needs to learn how to swim in the Mediterranean Sea,” Fars reported.

The openly murderous statement is part of an aggressive Iranian media campaign to deny and ridicule the Israeli prime minister’s revelations about the ways the Islamic Republic has been eluding the remaining signatories to the nuclear deal after the US’ withdrawal, with “a secret atomic warehouse for storing massive amounts of equipment and material from Iran’s secret nuclear program.”


Iran’s foreign ministry tweeted that the world “will only laugh loudly at this type of false, meaningless, and unnecessary speech and false shows.” He then added that “no arts & craft show will ever obfuscate that Israel is only regime in our region with a *secret* and *undeclared* nuclear weapons program – including an *actual atomic arsenal*. Time for Israel to fess up and open its illegal nuclear weapons program to international inspectors.”

Of course, judging by the reaction of Arab states like Saudi Arabia, who were never bothered by the fact that Israel possessed nuclear weapons, but are clearly frightened by the prospect of an Iranian nuclear bomb, it’s Iran that should stop obfuscating. 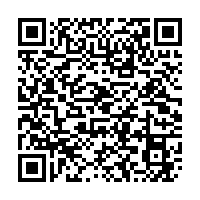