One of the Iranian regime’s mouthpieces reported has reported that the Israeli Air Force joined Saudi warplanes to bomb Yemen this week.

The article by the Fars [read: Farce”] News Agency was so ridiculous that even the less responsible news sites did not repeat the propaganda.


On the other hand, considering Prime Minister Binyamin Netanyahu’s statement earlier this week that “we see eye to eye with many of our Arab neighbors regarding the danger posed by Iran and we also view positively the benefit that this new partnership could have for the region,” perhaps the Fars report is a harbinger of the future.

‘This is… the first time that the Zionists are conducting a joint operation in coalition with Arabs,’ Secretary General of Yemen’s Al-Haq Political Party Hassan Zayd wrote on his Facebook page.

He noted that Prime Minister Benjamin Netanyahu had issued direct orders for the Israeli air force to send fighter jets to the Saudi-led air raid on Yemen.

Several reports the past three years have indicated that Saudi Arabia is willing to allow Israel to use its air space to attack Iran. 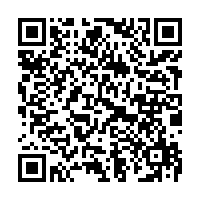