Rafik Khuri is the owner of a real estate firm called RKA Group specializing in selling dozens of land units on agricultural land covering an area of 2,700 to 13,000 square feet near the historic settlements of Poria (established in 1912), Yavneel (1901), Ilaniya (purchased in 1899, settled in 1902), and other locations, each one filling up many pages out of the history books of Zionist resettlement in the late 19th and early 20th centuries.

According to Yair Kraus’ Friday report in Makor Rishon (כך מאבדת הציונות את אדמות הגליל), when he called Khuri and the latter found out he was a reporter, he assured him all his properties were sold out. Khuri then burst out laughing and suggested: “Why don’t you give us some publicity, write that the Arabs are buying up Kfar Tavor.”

So here we go, as requested.

First, for the record, Kfar Tavor, at the foot of Mount Tavor, in the Lower Galilee, was established in 1901.

“And we should note another minor detail: RKA Group is located in I’billin (an Arab village in Upper Galilee – DI), and all its publications are in Arabic,” Kraus pointed out.

Khuri explained: “There are no lands in our [Arab] sector. The government is not expanding either the field of construction or agriculture, and there’s nowhere to settle and plant a tree. In Nazareth, for example, a dunam of land (roughly a quarter of an acre) costs NIS 4 million ($1.25 million). Because of this policy, people are looking outside Nazareth and buying land in Ilaniya (1899) or Sde Ilan (1949). It all turned upside down for those who locked up the Arab villages and cities inside a ‘prison.’ For the Jewish sector, the Lands Administration is handing out lands for pennies, and to the Arabs they don’t, so they go to the surrounding lands and buy up at normal prices.”

Past Journalistic investigations attempted to draw a connection between the real estate transactions in Galilee and Gulf states such as Hamas’s patron, Qatar, which may be seeking to redeem Israeli land with their enormous cash reserves. At that time, the focus was on Rosh Pina (1878). Local farmers there reported that foreign capitalists were seeking to purchase their lands, and those same farmers warned that the economic difficulties they were facing might cause many of them to retire from farming and sell. No smoking gun was found, but Moti Hatiel, head of the Rosh Pina council, still suspects that the land purchases in the historic settlements involve foreign money from ideologically motivated Arab investors.

“I recognize that the discussion itself is problematic,” Hatiel told Kraus. “When Mansour Abbas is a senior coalition member, what does it matter if the land is sold to an Arab or a Jew? Still, there may be something deeper here, involving elements from Kuwait or another Arab country, and that’s worrying. We cannot ignore this possibility just because of the fear of sounding racist or unenlightened.”

“Fortunately, we no longer hear in Rosh Pina about the sale of land to non-Jews, but I know that a few years ago there were such deals,” Hatiel asserted.

Liad Kalimor, 70, a Kfar Tavor farmer who prides himself on his orchards being the main source for lemons and limes for the all the bars in Tel Aviv, told Kraus that more than 250 acres—about a tenth of Kfar Tavor’s agricultural land—have been transferred to Arab buyers in recent years.

“The sellers are residents who have left and do not live here, or farmers in distress,” Kalimor explained. “They are offered NIS 30-40 thousand and more above the current value of each dunam of land, and the temptation is very great. … now a new phenomenon has begun: Arab-owned real estate companies buy 50 dunams and divide them among dozens of owners, each of whom fences off their own area and builds terraces. Now they also want to share our water allocations – in the eyes of the state, they are considered farmers just like us.”

Every land deal signed between Jews and non-Jews becomes the talk of the day in the small settlement. “We don’t know how to deal with this phenomenon, because money talks,” said Kalimor. “It’s very sad to see how people whose grandparents established this place and redeemed the land – today they themselves are turning things upside down. I hear all sorts of excuses from them, but in the end, they sleep very well at night. You don’t have to tell stories with a mattress full of cash.”

Along with the loss of agricultural land, Kfar Tavor is facing another phenomenon – the purchase of homes within the settlement by Arabs. It is estimated that about 15 houses have been sold so far. In May, a demonstration took place in front of the home of a resident who made such a deal, and the angry locals yelled at them, “traitor,” “shame,” and “go live in Umm al-Fahm.” An ad that was published at the time read: “You don’t bury a 120-year-old settlement! In 1909, the Hashomer organization was established in Kfar Tavor, now it’s our turn!”

Hashomer (The Watchman) was a Jewish defense organization in the Ottoman Empire’s Palestine. It was disbanded after the founding of the Haganah in 1920. Hashomer was responsible for guarding Jewish settlements, freeing Jewish communities from dependence upon foreign consulates and Arab watchmen for their security. It was headed by a committee of three: Israel Shochat, Israel Giladi, and Mendel Portugali. Needless to say, all three are probably rolling in their graves after reading Friday’s Makor Rishon.

The reference to the then historic self-defense group has also to do with the pressure being used by Arab buyers against Jewish landowners. A farmer from the area of Migdal (1909) and Yavneel (1901), near the Kinneret, told Kraus the transfers of land from Jews to Arabs are “another arm of ‘Arab Zionism.’ After threats, protection, and arson, they buy the lands.”

“At night they burn and threaten, and during the day they want to close a deal,” the farmer said, adding, “They burned six tractors that belonged to one of the local farmers here. Do you think he will continue to fight tooth and nail to keep agriculture here alive? The authorities deal with this crime in a democratic way, which does not fit the local language. There are two nations here who sit on the same land – they want it, and we give up. The trend is one-way. They buy from us, from farmers who want to get rich, and we don’t buy from them.”

According to Kraus, Himnota, a subsidiary of the JNF-KKL, has been making an effort to buy up Jewish land from Galilee farmers before the Arabs got to them. In Israel’s political reality and a culture drenched with PC, Himnota operates quietly and behind the scenes. Still, Jewish farmers wonder why, out of the NIS 1.9 billion ($600 million) annual budget of the JNF, an entity established explicitly for the redemption of lands in Eretz Israel, only NIS 100 million ($30 million) are allocated to saving Jewish farmers from selling to non-Jews. 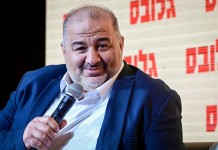 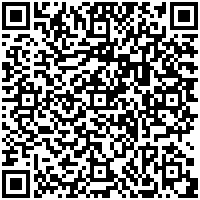