On Israel’s most recent Memorial Day, marking the heroism of fallen IDF soldiers and the victims of Arab terrorism, when the 2-minute siren was sounded for all Israelis to stand at attention in silence, including motorists who stopped their cars and got out to stand erect beside them, Arab students who reside in a state university dormitory stuck their heads out their windows and clapped their hands with glee.

During the illegal Nakba demonstration of Arab students on the grounds of state universities, Jewish students who protested this malevolent expression of hate toward Zionism were attacked physically, with scant police intervention.


A few hours before the terrorist attack inside a bar on Dizengoff Street in Tel Aviv, Arab students held a rally on the grounds of Tel Aviv University, urging a new Intifada. The next day, those same students attended classes as if nothing wrong had happened, despite the murder of three Israeli civilians just hours before.

On Monday, for the first time, the Knesset Education Committee chaired by MK Sharren Haskel (New Hope) debated freedom of expression, incitement to terrorism, and violence on Israel’s campuses. Chairman Haskel said: “When students turn to this committee and say they are afraid to enter the campus, and they ask to study on Zoom, fearing for their safety, something here is not working.”

“To say, ‘With blood and fire we will redeem Palestine’ is an incitement to violence!” Haskel continued. “On the campuses, they’re suddenly permitting the shedding of Jewish blood. The events of the past week have crossed a red line and that is unthinkable. For years the authorities did not take a hard enough approach against instigators, and probably because of that, they continued to push the boundaries. I watched the video with Dorit Yitzhak at the Nakba demonstration at Tel Aviv University, where they called her a national heroine who “dared to wave” an Israeli flag on campus. I was shocked! How low have we sunk, that a national hero is someone who dares to walk with an Israeli flag on campus???” and she added an aside, “Kudos to you, Dorit, for having the courage to do this.”

Orit Eliyahu who attends TAU told the Education Committee: “We are going through a difficult time here in the university. I live in the dorms, and it is not easy there at all. The Jewish students are afraid to come to school. Some of the students who used to live with me in the dorms have gone back to live with their parents. Flying an enemy flag has become routine while at the same time flying an Israeli flag is considered a provocation.”

Im Tirtzu’s National Coordinator Shai Rosengarten told the committee, “Since Operation Guardian of the Walls, we are seeing a distinct upturn in incitement against Jewish students. We have seen calls to hang collaborators and encouragement to the terrorists in Jenin. Unfortunately, the educational institutions are not offering a clear way to prevent these phenomena.”

“We are calling on the higher education institutions to protect their students and deal with the latest wave of violence. They must impose discipline and outlaw calls for terror, incitement, and violence. We can’t leave the matter to the police. Academic institutions must make it clear that whoever incites terrorism will not be allowed to continue.”

Last week, an Arab student from Galilee who praised the murderers of two Border Guard officers in the Hadera massacre about a month and a half ago, was expelled from the Academic College in Tsfat. It marked
the first disciplinary step of its kind in institutions of higher education in Israel. The complaint against the Arab student was filed by a Druze student, who reported a WhatsApp message she received from the Arab student who called the terrorists “heroes” and said it was good the Jews were suffering. The complaining student resides in Kisra-Sumei, a local council in western Galilee, where one of the heroic police officers, the late Yazan Pelach, lived.

MK Galit Distel Atbaryan (Likud) said: “The wind that’s currently blowing in Israeli academia is between post-Zionism and anti-Zionism. When a senior lecturer looks at the national flag and says that it’s a sickness, the next day a student from Beit Berl comes to me later in a bloody shirt. I do not blame the Arab student who hurt him, but the lecturer who called waving the national flag a sickness.” 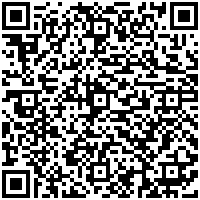