The Shin Bet spokesperson on Sunday morning announced that a joint operation of the Shin Bet and the Israel Police has led to the arrest this month of Hassan Khaled Taher Shih Yusuf, 27, a resident of Tayibe—an Israeli-Arab city 7.5 miles east of Kfar Saba, on suspicion of supporting the terrorist organization Islamic State and intentions to carry out an attack inspired by said organization.

He is being indicted on Sunday by the Central District Prosecutor’s Office.


The findings of the investigation indicated that between the years 2014 – 2015 Yusuf’s religious convictions have become stronger, as did his support for the Islamic state. He began to follow content online that included preparing explosives (a religious must), tried to get an associated to buy him an illegal M16 rifle, and checked out ways to join ISIS in Syria.

During the summer of 2017, at the time of the Arab protests against placing metal detectors at the entrance to the Temple Mount, Yusuf tried to persuade associates to join him in carrying out attacks in various forms, including a shooting attack in Jerusalem, a car bomb attack in front of the police station in his home town of Tayibe, and a stabbing attack.

All of the people he had approached flat-out refused his invitations to become martyrs and stopped associating with him socially. Yusuf’s investigation indicated that his rejection by his immediate environment played an important role in disrupting his plans to carry out terrorist activity. He was apparently not religious enough to carry out those planned attacks by his lonesome. 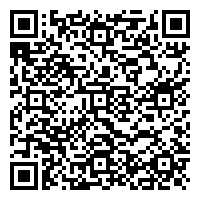