For more than thirty years, Israel’s Housing Ministry has been planting trees in the Negev through the Israel Land Authority, with the working assumption that where there are forests there are no illegal Arab land appropriations. Over the years, opposition to this essential Zionist enterprise has intensified by elements on the extreme left and in the Arab parties, so that whenever a planting project is being carried out, those who claim ownership of the land launch protests, ignoring the fact that the land is clearly owned by the state.

And so on Monday the Bedouin of the Negev rioted against the planting program that’s being carried out by KKL-JNF. Dozens of rioters tried to prevent JNF employees from planting trees in the area of the Bedouin village of Mulada. The village was established following Government Resolution 881 on September 29, 2003, which created eight new Bedouin settlements – so it stands to reason that the government that authorized the village should also set its boundaries.

During the clashes, the police arrested an Arab journalist. Ra’am MKs also arrived at the scene. To remind you, Ra’am has been on a rampage to alter decades of government policy regarding the Arab population, relying on the 4-seat edge the faction offers the Bennett government.

Ra’am chairman Mansour Abbas said on Monday that “planting trees in the Negev without regulation is unacceptable, and if there is no other choice, we will make the appropriate decision.” Earlier, number 7 on the Ra’am list Atta Abu Madiam said that his party could not be a partner in a government that carries out plantings in the Negev. “This destructive policy must not be implemented and if it is, there is no room for a Ra’am partnership in the coalition,” he said.

According to Police, officers who secured the operation encountered dozens of intruders in the area where heavy machinery was in use and attempted to stop the work. Three Bedouin boys who threw stones at the police officers and were arrested and taken for questioning.

“Israel Police takes the incidents of disorder and attempts to prevent and harm the legal activity of various parties seriously, and will work to bring the lawbreakers to justice,” the Police Negev district said in a statement.

Between 13 and 25 acres of trees were planted during the day Monday, out of a total of about 250 acres to be planted in the coming season.

It should be noted that back when the Netanyahu government was still in power, in December 2020, Minister Amir Peretz ordered a halt to planting in the Negev, presumably with Netanyahu’s approval. Which didn’t stop the opposition Likud party to issue an enraged statement saying “every day the Bennett-Ra’am government descends to a new anti-Zionist low. For the first time in 73 years, a senior partner faction of the Israeli government opposes planting trees in the Land of Israel.”

But the planting goes on, unlike the case in 2020. All we can say is more power to KKL-JNF who carries out its Zionist mission despite the brazen objection of the gentiles. They make Herzl happy. 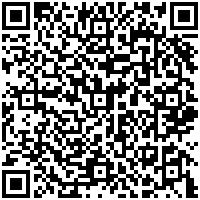