Prime Minister Benjamin Netanyahu on Shabbat held emergency talks, as he called them, with Likud MKs and ministers who are not Shabbat observers. In the talks, the prime minister said that according to information he had received, Blue&White had finally decided to form a minority government with the support of the Joint Arab List.

In the talks, Netanyahu said that this move should be thwarted in every way possible, and the Likud intends to appeal to Blue&White chairman Benny Gantz and to MKs Gabi Ashkenazi and Moshe Ya’alon, to demand that “they show responsibility like the former military men that they are and give up on this experiment. ”


Likud was planning to hold a conference on the issue on Sunday, and all the rightwing bloc MKs were going to be invited just as soon as Shabbat was over.

Blue&White would not confirm their intention to cobble a minority government with Arab support, but the Likud is determined to embark on a campaign aimed at stopping such a move should they go for it.

Blue&White officials have signaled last week that they were losing hope for the unity government option and they really don’t believe anything Netanyahu says. They have examined the President’s outline which involves a rotation government with the two large parties, but they don’t believe Netanyahu would follow through on his promise to take a leave of absence once he is summoned to face charges in court. Blue&White are pretty sure Netanyahu would insist on his Knesset immunity, for which he would get a majority because Israel Beiteinu chairman Avigdor Liberman would support it.

Liberman is no stranger to facing criminal charges while serving as both MK and government minister.

The same Liberman has also yet to declare whether he would support a Gantz minority government that would rely on the Arabs.

Saturday night, as his mandate to form a government is about to expire, Gantz is expected to meet with President Rivlin, and to try to enlist him in helping resolve the stalemate.

On Monday, Blue&White negotiating teams will meet with Labor and Israel Beiteinu.

Also on Monday, Netanyahu is scheduled to convene the party leaders’ forum immediately after the cabinet meeting and formulate with them a strategy to prevent the formation of a minority government.

Last Wednesday, Netanyahu appeared to have come to the Knesset ready to pick up a fight with the Arabs over their repulsive response to the Gaza clashes. Speaking from the podium, he accused Arab MKs of encouraging terrorism which is deliberately targeted at civilians.

The Arab Mks. shouted at him, “You are lying and inciting against us.”

“If you deliberately attack civilians, then you commit war crimes,” Netanyahu said to the Arab row. “A war crime is to do what the terrorists from Gaza are doing – they deliberately try to harm civilians. And you should not hide behind civilians,” the PM added, accusing Arab MKs: “You sanctify their war crimes. Yesterday I heard your supportive demonstration in which a woman MK sought in every possible way to denounce us as war criminals. This is unbearable.”

Using the Arab card is the only move left for Netanyahu, who realizes that allowing Blue&White take over—even for a very short while—would change the political scene radically. A Gantz-led minority government with support from the Arabs and Liberman would have the power to radically alter the religion and state status quo in Israel: civil marriages, Haredi draft, alternative rabbinical courts, Reform legitimization, egalitarian Kotel access – it’s as if the fights over these issues in the last 10 years have informed and formulated the anti-Orthodox agenda.

Also, there will be a new speaker of the House, probably MK Meir Cohen (Blue&White), who would control the legislative agenda and suppress pro-right initiatives.

Israelis can also expect concrete talks with the PA, involving land swaps – Liberman’s favorite solution to the future of the liberated territories. 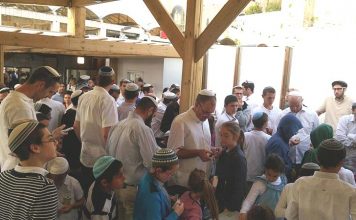 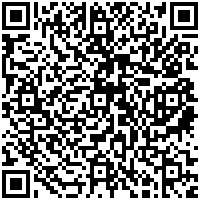