Israel Police arrested Sheikh Yusuf Elbaz of Lod Wednesday night on suspicion of inciting violence and terrorism and making threats. On Tuesday, Elbaz posted on Facebook a link to a video showing two people killing traffic cops as revenge for being detained. Albaz wrote next to the link: “The best way to deal with injustice…”

The Imam of Lod was arrested at his home in the city by the National Unit for International Investigations in the Lahav 433 unit with the approval of the State Attorney’s Office. He was taken for questioning and is expected to be remanded to custody at the Magistrate’s Court in Rishon LeZion on Thursday.


Sheikh Elbaz is the imam of the Great Mosque in Lod, and in recent years has become a prominent and divisive figure in the local Muslim community. In recent weeks, Jewish residents of Lod have called for his arrest following sermons he delivered in which he allegedly made inciting calls. After the publication of his most recent post, complaints were filed against him with the police.

Sheikh Elbaz belongs to the northern faction of the Islamic Movement in Israel which is closely identified with the Muslim Brotherhood and was banned in Israel in 2015. In his sermons, Elbaz praises the leader of the banned faction, Sheikh Raed Salah, and his deputy Kamal Khatib, and regularly attends the movement’s illegal events.

In a Facebook post, Elbaz defined himself as a “member of the Islamic movement that opposes Israel, and a sheikh in a movement that does not recognize the Israeli leadership.”

“Even if Israel cuts me to pieces,” he wrote, “I will never stop being proud that I am part of the Islamic movement, led by Sheikh Raed Salah.”

Lod Police are preparing for the possibility of violent riots in the city following the arrest. Last week, Kamal Khatib was remanded to jail on suspicion of publishing incitement during the fighting in the Gaza Strip. Khatib was arrested in May and charged with incitement to violence, praising terrorism, and supporting or identifying with a terrorist organization.

The Regavim movement, which filed a detailed complaint against Elbaz with the police a month ago, welcomed his arrest and demanded his prosecution to the full extent of the law. “The horrific violence directed against the Jews of Lod was watered with the poison of anti-Semitic incitement by Imam Elbaz,” Regavim said in a statement. “The incitement ended with the heavy price of bloodshed in the lynching murder of Yigal Yehoshua, in many wounded, and enormous economic damage. Law enforcement agencies must now collect the cost of Imam Elbaz’s incitement. Better late than never.”

Meanwhile, on Wednesday, police announced the arrest of four Arab residents of Lod on suspicion of involvement in the lynching murder of Yigal Yehoshua during May’s riots. According to a police source who spoke to Kan 11 News, there is difficulty in producing evidence that directly attributes the murder to these suspects. The four, in their 20s, were arrested about a week and a half ago by the Shabac and the police, and their detention has been extended several times so far by the court. The investigation into the crime has not yet been completed and a decision is expected to be made soon on whether to file an indictment and for what offenses. 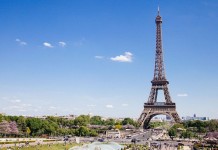 Radical Leader of Islamic Movement Released from Prison in Israel 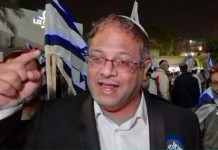 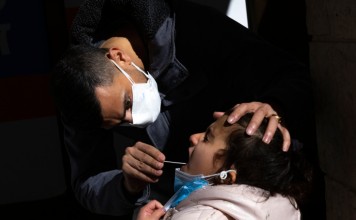 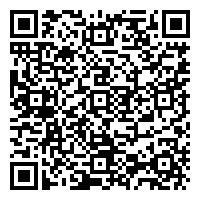