Complicating matters even more is the prohibition against beginning a meal within a half-hour before nightfall. The rabbis decreed that one may not begin a meal at this time lest one forget to recite the Shema after nightfall.5 This will often be an issue throughout the summer if one begins the Shabbat meal immediately upon arriving home from the synagogue. As such, one should consider making the necessary adjustments in order to circumvent the problem of beginning the Shabbat meal within a half-hour before nightfall.

A bar mitzva boy who is turning 13 on the upcoming Shabbat should certainly not make “Early Shabbat” that week. This is because the Shabbat-related mitzvot that one performs before nightfall are only considered to be discharged on a rabbinic level. In order for a bar mitzva boy to discharge the mitzva of Shema, along with all the other Shabbat evening mitzvot, for the first time in his life in the ideal manner, he must wait until nightfall when they become binding on a Torah level. Additionally, by waiting until nightfall the bar mitzva boy will be able to lead the services – something that is not possible during the “Early Shabbat” time period.9 Similarly, a person who has yartzeit on Shabbat should wait until nightfall to lead Ma’ariv and recite the Kaddish. This is because it is preferable for one to discharge the customary yartzeit customs on the actual date of the yartzeit. Keep in mind that the “Early Shabbat” time zone is essentially still Friday, the “previous” calendar day.10

Finally, a woman who makes “Early Shabbat” must remember to perform her Friday hefsek tahara before accepting Shabbat. According to a number of authorities, a woman who accepted Shabbat early but forgot or was unable to do so beforehand has lost the opportunity.11 Other authorities permit her to perform Friday’s hefsek tahara even after having accepted Shabbat, as long as it is still before sunset.12 (Similarly, it is worth mentioning that some authorities allow one who forgot to count Friday’s Sefirat Ha’omer, but already accepted Shabbat and even recited Ma’ariv, to do so, without the accompanying blessing, as long as it is still before sunset.)13 A woman who must light the candles before performing her hefsek tahara should stipulate that she does not intend to formally accept Shabbat until after she performs the hefsek tahara.14

It seems that in a home where the lady of the house is scheduled to immerse in a mikva on Friday night one may not make “Early Shabbat” at all. This is because once a woman completes her chafifa, she may not eat until after she immerses.15 Since the primary purpose of making “Early Shabbat” is in order to begin the Shabbat meal before dark, while immersion in a mikva can only take place after dark, “Early Shabbat” is simply a non-starter.

8 Rema, OC 261:2; Mishna Berura 261:25, 267:4. Although there is a view that women can light the candles before plag hamincha (and that even Ma’ariv can be recited), the halacha is not in accordance with this view. 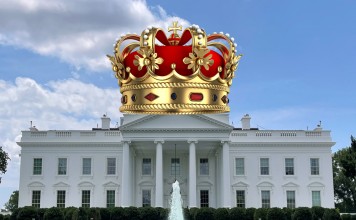 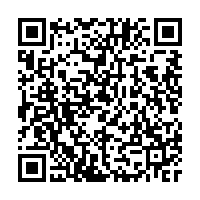