A resident of Umm al-Fahm told Kan 11 News overnight Tuesday: “We don’t remember a night like this for years, the number of forces that came in was abnormal. A lot of people don’t want to leave home and go to work. They were masked and came in with their weapons drawn like they were occupying Gaza.”


Following the two back-to-back terrorist attacks in Be’er Sheva and Hadera, the security apparatus finally realized that serious measures had to be taken to curb the rise in ISIS-inspired terrorism. There were references to another terrorist attack 20 years earlier to the day––March 27, 2002––in Netanya, which generated operation Defensive Shield that eventually took down the terrorist infrastructure in Judea and Samaria (ISIS Claims Responsibility for Hadera Attack, 2nd Without Intelligence Warning).

Shin Bet and police forces raided several homes in the Wadi Ara area––a.k.a. the Arab Triangle––as well as in Sakhnin and Nazareth overnight Tuesday. They arrested 12 residents on suspicion of committing security offenses, belonging to ISIS, and possession of illegal weapons. More raids and arrests are expected in the coming days, and the operation, the first of its magnitude in years against Israeli Arabs, will likely be expanded.

According to Ha’aretz, following the attack in Hadera, the defense establishment began preparing a list of Israeli Arabs known to be involved in terrorism, and administrative detention orders are being prepared against them – another first regarding Israeli citizens. Israeli intelligence has deepened its
comprehensive surveys on social media to locate instigators, to try and prevent the next attack.

According to Kan 11, the Shin Bet has joined the police in planning and carrying out a wave of preventive arrests of Israeli Arabs who had been convicted of affiliatio0n with ISIS and have since been released from prison – a profile matching the terrorists in both Be’er Sheva and Hadera. Individuals who in the past were suspected of ISIS affiliation and were let go will now be picked up again.

The Shin Bet and police investigations will likely focus on whether there was an early acquaintance between the terrorists from the two attacks and if any of them were in contact with ISIS operatives abroad. But it should be noted that, unlike Israeli Arabs’ affiliation with Hamas or the Islamic Jihad, which are concrete and involve meetings with real agents, in the case of ISIS the terrorists were just as likely to have been influenced by online messages and news reports, without a concrete connection to an operative.

In that context, it’s important to stress that Israel has historically been a low priority for ISIS and al-Qaeda, and so, in addition to hunting for potential ISIS-inspired suspects, the security apparatus wants to find out if there has been a change in policy on the part of the remnants of the now collapsed ISIS empire – possibly driven by the global attention to relatively small terrorist attacks that take place inside Israel. Existing as they are, in hiding and largely without logistic resources, those ISIS leftovers may now focus their efforts on incitement for terrorist acts that would arouse great international interest at a low cost.

But the main concern on the part of Israeli security forces are copycat attacks: ISIS supporters or affiliates of other Islamic organizations, who will seek to perpetuate the string of attacks on the eve of the holy month of Ramadan (which starts on Friday).

The common view is that support for ISIS exists only in the narrow margins of Arab society, with the vast majority of Israeli Arab citizens completely rejecting the organization’s activities and seeing it as a tangible danger to their own security.

The Shin Bet believes that behind the ISIS-affiliated attacks are extremists who have been ejected from the northern faction of the Islamic Movement in Israel, as well as common criminals. Over the past decade, several terrorist attacks have been attributed to Israeli Arabs who supported ISIS or were identified with Islamist Salafi groups.

Amos Harel, writing for Ha’aretz Tuesday morning, suggested that a major contributing factor to the new wave of terrorism among Israeli Arabs is what’s known as the plight of a lost generation: tens of thousands of young Israeli Arabs who don’t work or study and form the ideal target for recruitment by terrorist organizations, and even more often, Arab organized crime. 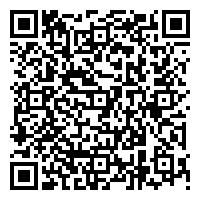