The Blue&White leaders are about to propose a law that would prevent a defendant facing criminal indictments from serving as prime minister, Makor Rishon reported on Wednesday. According to the same report, if, by the end of the voting count Wednesday night, the rightwing block would not receive 60 seats, this bill would start to roll through political channels.

With a majority of 61 votes in the Knesset, Blue&White along with Labor-Gesher-Meretz, Avigdor Liberman and the Joint Arab List, could effectively delete MK Benjamin Netanyahu from the coalition building process and impose new game rules.


Such a move will be made possible mainly in light of the rumors that President Reuven Rivlin has been planning to deviate from the custom held by all the presidents of the State of Israel for 70 years, and instead of imposing the assignment of composing a coalition government on the leader of the biggest party who would receive the highest number of recommendations from Knesset party leaders—will throw the process of establishing the next government directly in the hands of the Knesset, with a 21-day deadline.

Rivlin is expected to justify this move by pointing to the two previous times in the recent past when both major party leaders have failed to form a government. The president would, therefore, prefer to save time and money and go straight to the final phase.

Blue&White has won only 32 seats in the 23rd Knesset, but as things stand today, there is a majority in the Knesset to the “anyone but Bibi” bloc. The second largest party will have no problem recruiting the Joint Arab List, Israel Beiteinu chairman Liberman, and Labor-Gesher-Meretz. Indeed, Liberman has already stated this week that he did not intend to sit in a Netanyahu government, and at the same time promised that there would be no fourth elections.

Netanyahu needs no less than 60 seats to prevent this disaster. Should the rightwing bloc end with 58 or even 59, the process of his removal by legislative means would begin. As soon as the President assigns the task of establishing the next government to the Knesset, opposition members will submit the bill and pass it with three successive votes. Immediately thereafter, Benny Gantz’s candidacy to form the next government will be presented, at which point the most fervently anti-Semitic Balad faction of the Joint Arab List will have to vote for him, and swallow their hatred for the 2014 Gaza War IDF Chief of Staff.

The bribe with which Gantz could seduce the Balad MKs would be a promise to repeal the Kaminitz Law which strengthens the authorities’ ability to monitor and prevent illegal construction in the Arab sector.

Defense Minister and Yamina Chairman Naftali Bennett responded to the rumors of a legislative coup d’état, saying: “Ahmad Tibi and Ofer Shelah’s initiative to pass the “Netanyahu Disqualification Law” is an extremely anti-democratic move that spits in the faces of half a country. Two days ago we had elections, and already they are trying to circumvent the will of the people using improper means. The Yamina party under my leadership will stand resolutely against this move and fight it with all our might.”

Said might amounting, as of last Monday, to six Knesset seats. 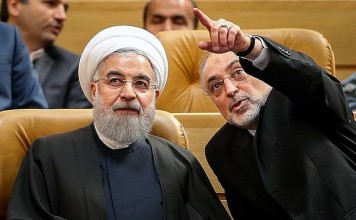 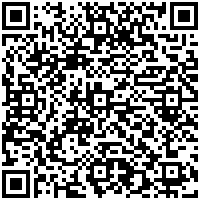