As anxiety continues to grow over the coronavirus, an Israeli company called Argaman is touting a new mask that reportedly kills all viruses, bacteria, and fungi.

“We have not found a bug yet that it doesn’t kill,” the company’s CEO, Jeff Gabbay, told The Jewish Press on Wednesday.

Gabbay’s masks are “made from a proprietary cotton embedded with accelerated copper oxide particles, and a nanofiber textile that blocks pathogens,” Israel21c.com reported in a recent a story.

“The technology,” Gabbay told The Jewish Press, “is on two sides of the mask, and the reason is this: If you walk into a room and the virus is in the room and it hits your mask, it will die when it hits your mask. And if you are a patient that has the malady, the inside of the mask will catch your virus, so you won’t contaminate others.”

Gabbay said he has sold millions of his mask – which was originally designed for chemotherapy patients with compromised autoimmune systems – since the outbreak of the new coronavirus. Many have gone to Hong Kong, where government officials took an early interest in his technology.

He is currently selling masks in small numbers on his website for $50 a piece, but cannot fill any more bulk orders for now. The goal, he said, is begin bulk production in the United States in three months, during which he hopes to get all the necessary government approvals.

Gabbay, who was born in New York and moved to Israel in 1973, said he views the production of his mask as part of the Jewish people’s mission to be a light unto the world. “We truly are a blessed nation,” he said. 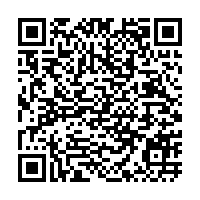