The head of Chayim Aruchim, a Manchester organization that provides halachic advice on end-of-life issues, has strongly advised people to opt out of the new country’s organ donation system set to kick into gear in May.

Rabbi Dovid Kestenbaum, who heads the organization, told The Jewish Press, “The problem is that the medical definition of even brain death in this country is very far from what would be halachically considered brain dead.”


He said British medics would be “happy” to take organs even if a person wasn’t yet dead. He said, “British anaesthetists recommend that someone should be given anaesthesia when having organs removed because they show some signs of stress. That is very, very far from brain dead.”

He added, “Even for those rabbis who would go along with brain death, the current criteria would not match their definition. People are very confused.”

In an effort to prevent the spread of coronavirus, the United Synagogue – comprising 62 shuls – has advised congregants not to kiss mezuzot, sifrei Torah, siddurim, or Chumashim.

The organization also said people should refrain from shaking hands and kissing in shul. It advised people who have been to areas affected by the virus or in contact with infected people to stay away from shul. If they need to say Kaddish, they should speak to their rabbi, who may be able to appoint a proxy to say it for them, the organization said.

The United Synagogue live-streamed megillah readings for those unwell or in isolation.

* An Association of Jewish Ex-Servicemen and Women trip to Bergen-Belsen to mark Yom HaShoah has been canceled. An AJEX spokesman said that with the “uncertainty over flights and the number of veterans and survivors involved, it would have been irresponsible to continue.”

* A Purim party for Israelis in London was canceled by Tel Aviv University Trust and the Israel Embassy’s Israeli House, as was a March conference on anti-Semitism at Chelsea Football Club and a youth welfare volunteering session with Jewish Care.

* The Community Security Trust canceled its annual dinner in April as has Jewish special-needs charity Langdon on May 18.

Meanwhile, Rabbi Avrohom Pinter of Stamford Hill’s charedi community is liaising with Public Health England to make sure his community is receiving government guidance on the coronavirus. “Not everyone has access to the Internet, social media, and TV,” he told The Jewish Press. “We are looking for ways that our community can access any important information.”

Some British Jews who normally spend Pesach in Israel are concerned that they may have to make different arrangements now that Israel has announced plans to impose self-isolation on all people arriving from abroad.

Tracey Yardley from Manchester told the Jewish Chronicle that her family has been celebrating Pesach in Netanya for the past 18 years and was now in an “impossible situation.”

“I don’t have any Pesach pots in Manchester anymore,” she said.

Labour leadership frontrunner Sir Keir Starmer has revealed that, whenever he can, he enjoys Shabbat Friday night dinners, presided over by his Jewish father-in-law.

He told the Jewish Chronicle, “My wife’s family is Jewish. On her father’s side, there are bar mitzvahs, synagogues – there’s all the traditions.”

Sir Keir has pledged, if he is voted into office, to restore the Labour Party’s relationship with Chief Rabbi Ephraim Mirvis after the latter criticized anti-Semitism within the party during last year’s election campaign.

London’s Menorah Grammar School has been temporarily closed after Ofsted reported numerous breaches of health, safety, and fire regulations. School leaders said, “We have a legal and moral obligation to ensure the safety of the entire school community.”

However, Stamford Hill’s Bnois Jerusalem Girls School was rated “inadequate” in all areas even though the report acknowledged that “leaders and teachers want pupils to do well,” “pupils behave well in lessons,” and “teachers have strong subject knowledge.”

Stamford Hill’s Wiznitz Cheder School was marked down because “leaders are clear that making pupils aware of sexual orientation and gender reassignment…goes against the school’s Orthodox ethos.” Manchester’s Talmud Torah Chinuch Norim, which was rated requiring “improvement,” was criticized for the same reason.

Rabbi Avrohom Pinter of Chinuch UK told The Jewish Press, “It’s to do with different inspectors. This proves that some Ofsted inspectors have an anti-faith agenda and are not prepared to follow government guidelines.” 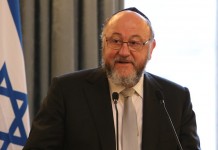 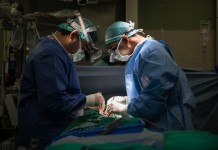 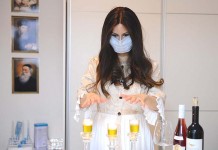 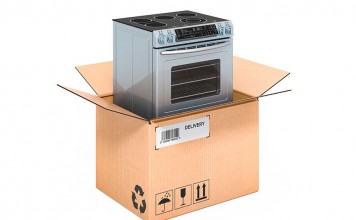