When Eliner Samuel turned 13 two years ago, he was still mourning the loss of his father, Asaf to cancer only four months earlier. His Bar Mitzvah party took a back seat and only a year later did he feel like he was able to celebrate. This year, his younger brother Barak joins the ranks of Jewish young men around the world.

On Thursday, April 6 Barak joined 114 other Bar Mitzvah boys in Jerusalem to commemorate the occasion. The event was coordinated by Colel Chabad, Israel’s longest running social services organization (since 1788) to ensure that the boys and their guests would be able to enjoy every moment. All expenses were covered by donors to the organization.


The collection of families represented at the event were as diverse as Israeli society itself. Although many of the children came from observant backgrounds, for many others it was their first exposure to an organized religious service.

The one thing which united all of them was the loss of a parent. Some had lost their father or mother to illness, others to tragic accidents or terror attacks and in some cases suicide.

But every effort was made to focus on the happiness of the day and leave the child’s pain aside.

Upon arrival in Jerusalem, every boy was gifted with a brand new set of Talit and Tefillin- a purchase which on its own reaches into the hundreds of dollars – and took part in the mitzvah of writing a letter in a new Torah scroll dedicated by the Katz family of Ra’anana in honor of the bar mitzvah of their son.

The boys were also treated to a shopping spree at Zara to get ready and look their best for the occasion. “I had never been in that store before but spending the time with Barak and shopping with him was really fun and a great experience for us both,” said Asaf’s mother Tzvia Samuel.

At the Kotel each Bar Mitzvah boy was danced down from the Western Wall plaza to the Wall under a chuppah canopy accompanied by drums, trumpets and singing. There they made the traditional blessing over the Torah for the first time.

The program is in its 15th year and one of the favorites for the families supported by Colel Chabad and the Chesed Menachem Mendel program, another project that helps support widowed parents to aid them in providing for their families throughout the year.

Many of the families in attendance came from economically-disadvantaged backgrounds where the prospect of such a complete celebration would never have been possible.

After the ceremony in the Old City, the children and their families arrive at the Binyanei Hauma International Convention Center. There, a lavishly decorated banquet hall, musical entertainment, photo studio and gifts awaited guests — including Members of Knesset and other dignitaries.

“This event and the programming and support we get from them year-round have brought us to where we are today,” said Tzvia Samuel.

Rabbi Sholom Duchman, International Director of Colel Chabad says these events show him the true power of the Jewish people.

“These mothers are the true heroes,” he said. “They raise their families with vigor, strength and passion despite all the challenges they are facing. We feel elevated to be in the company of such people.” 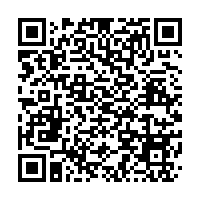