This Thursday, the High Court of Justice will hold a hearing on the outline of the Western Wall management, in advance of which the Attorney General and the Chief Rabbinate have already submitted their position papers. On Monday, Israel Hayom published the positions of Israel’s non-Orthodox movements, who take 27 pages to say they retract their consent to being relegated to the mixed-sex platform near Robinson’s Gate at the far end of the Kotel, and demand representation in the Western Wall Heritage Foundation that manages access to the supporting wall of King Herod’s Temple compound.

The non-Orthodox movements’ demand for representation in the Western Wall Heritage Foundation is precisely the clause that had been overlooked by the Haredi coalition factions, over which they blew up the outline agreement, announcing that they cannot partner with a government that officially recognizes non-Orthodox movements.

The rest of the position paper could have been plucked out of an issue of Real Estate Today.

The members of the Conservative, Reform, Women of the Wall, and other non-Orthodox groups tell the high court that, as is always the case in real estate, they can no longer accept the devaluation of their share in the ancient relic on account of reduced exposure to street traffic, or, you guessed it: location, location, location.

“Petitioners’ waiver of the establishment of an egalitarian pluralistic prayer plaza within the existing Western Wall site (i.e. the northern plazas) was conditioned on defining the southern plaza as part of the Western Wall compound, connected to its upper and public expanses by means of access roads,” reads the non-Orthodox opinion, adding the most important part: “And will not be hidden from the eyes of those who come to the Western Wall.”

In other words, the Kotel is the central flea market of religious ideas and you can’t expect us to be satisfied with a booth that’s way off in the corner, hidden from potential customers.

The non-Orthodox movements point out that Robinson’s Arch is not even perceived in the Israeli consciousness as part of the Kotel: “This is reflected in the complete physical severance between the prayer area located in the Robinson Arch area and the state-run Kotel site; also, the [mixed-sex] plaza is completely concealed behind fences and roadblocks, which have increased in height since the […] works carried out by the Western Wall Heritage Foundation.”

According to surveys conducted over the past four years, about 7% of Israeli Jews define themselves as Reform or Conservative, which does not necessarily tell us how committed they are to these two movements, or could their answer actually mean “I am very much not Orthodox.”

The Central Bureau of Statistics publishes a report ahead of for the State of Israel’s 69th Independence Day, according to which out of Israel’s population of approximately 8.680 million, 9% declared that they are ultra-Orthodox, 11% religious, 12% traditional religious, 24% traditional and not so religious, and 44% non-religious and secular.

The question is, since the CBS did not inform regarding specific religious Jewish movements, we have no idea whether Jews who see themselves as Reform or Conservative fall into the category of “religious,” “traditional religious,” or “traditional and not so religious.” They are probably spread among all three – but they certainly aren’t counted among the ultra-Orthodox.

The Israel Democracy institute in 2013 asked a sample of 845 Israeli Jews regarding their religious affiliation, but cut the spread differently, making it difficult to suggest reliable comparisons with the CBS findings but still giving us some idea about the figures: 56.6% said they feel no connection to any religious movement; 26.5% affiliate with Orthodoxy; 3.2% Conservative; and 3.9% Reform.

As we said, this creates an irreconcilable gap between the two findings – never mind the fact that the CBS numbers are real and the IDI are based on a relatively small sample. For one thing, according to the CBS, 56% of Israeli Jews follow some modicum of Jewish tradition, compared with the IDI’s 56.6% who follow nothing Jewish. Both can’t be right.

The answer to this puzzle likely rests in semantics and politics. Undoubtedly, the CBS has one idea of what it means to feel Jewish—largely along a continuum that runs from Haredi to occasionally fasting on Yom Kippur; the IDI, which sets out to discover how many non-Orthodox Israelis are out there, lumps all the Orthodox in one option, so that the 56% of the CBS and the 26.5% of the IDI actually describe the same population. In other words, not suspecting the IDI of skewing their poll intentionally – it is likely that had they presented their sample with the same detailed options of describing their Jewish affiliation, their results would have more closely matched the CBS outcome. 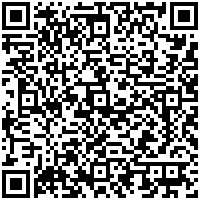