Vice President Kamala Harris faced a tough choice on Tuesday when a female student at George Mason University in northern Virginia raised her hand to spew some appalling accusations against Israel, coupled with a call to ban military aid to the Jewish State. The VP, who had just spoken in support of National Voter Registration Day, stressing the individual citizen’s power and duty to speak up and participate in the political process, yada, yada, yada, could have responded that, while the student had the right to voice her opinion, she is wrong on the facts.

Instead, Harris blew it by nodding approvingly throughout the anti-Zionist diatribe, and in the end telling her, approvingly, that she, Kamala, “was glad” the student had shared her concerns, and that her opinion should be heard in a democracy. Then she uttered these immortal words:


“And again, this is about the fact that your voice, your perspective, your experience, your truth, should not be suppressed and it must be heard, right? And one of the things we’re fighting for in a democracy, right?”

Here’s what the student said: “I see that over the summer there have been, like, protests and demonstrations in astronomical numbers… Just a few days ago there were funds allocated to continue backing Israel, which hurts my heart because it’s ethnic genocide and displacement of people, the same that happened in America, and I’m sure you’re aware of this.”

She added that money that should go to Americans struggling with housing and healthcare is going “to inflaming Israel and backing Saudi Arabia and what-not.”

The funds the student mentioned were allocated to replenishing Israel’s Iron Dome system which stops incoming rockets from the Gaza Strip, aimed at its civilian population. The stand-alone vote on the funding was the result of the “squad” of anti-Zionist, anti-Semitic Democrats (and one Republican) in the House forcing it out of the $3.5 trillion budget. In response, 409 Congress Members voted to pay for it now, even before the coming budget deliberations.

Turns out helping Israel protect its civilians from rockets shot by mad zealots “hurts my heart,” according to this student, who lives on a planet where the Zionists carry out “genocide and displacement of people.”

Vice President Kamala Harris really messed up, being eager to come across as the defender of free speech, on National Voter Registration Day. She could have done better, which she tried to do later after all the horses had left the barn. She said: “The point that you are making about policy that relates to Middle East policy, foreign policy, we still have healthy debates in our country about what is the right path, and nobody’s voice should be suppressed on that.”

Yes, we will, in 2024, Kamala, when you run around the country asking us to make you the Democratic nominee for President.

See, the VP record on Israel is solid. On November 15, 2019, she said: “The latest barrage of rocket attacks from Gaza on innocent Israelis cannot be tolerated—Israel has the right to defend itself from these horrific attacks. I join others in urging against further escalation.”

Why couldn’t she say it to this inarticulate student on C Span? Probably because you can’t gain the support of the Democratic base to lick envelopes and go door-to-door for you if you lecture a George Mason University student on her political delusions. The crazies run the institute in both parties these days.

On June 19, 2019, Harris was asked in a NY Times interview: “Do you think Israel meets international standards of human rights?” She answered: “I think Israel as a country is dedicated to being a democracy and is one of our closest friends in that region, and that we should understand the shared values and priorities that we have as a democracy, and conduct foreign policy in a way that is consistent with understanding the alignment between the American people and the people of Israel.”

So she knows, she just doesn’t want some people to know she knows. 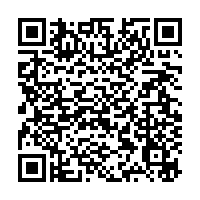