Israel’s Minister of Religious Services Matan Kahana (Yamina) gained considerable notoriety a few years ago, as a mere rank & file MK, when he suggested taking a D9 bulldozer (another fine product made by Caterpillar) to the High Court of Justice. He didn’t mean it literally, he was only expressing his frustration with the court that seemed to be siding with the enemies of the settlement enterprise. Now, it appears, Minister Kahana is ready to plow through the Chief Rabbinate’s kosher certification system, and this time he is being cheered by Israelis across the political spectrum.

At a Tuesday press conference, Minister Kahana said: “The kosher system of the State of Israel must be significantly streamlined. Only a few months ago we learned of a tragic incident in which a young woman died after eating a dairy dessert at a kosher meat restaurant.” Each year, the State Comptroller’s reports expose failures of the existing kashrut system.”


“Israeli citizens deserve better kashrut supervision. The revolution I’m leading will strengthen the Chief Rabbinate of Israel, lead to the establishment of professional kosher certification bodies, improve the quality of kashrut supervision, create competition that will lower prices, allow businesses to choose between different kashrut supervision corporations, and improve the employment conditions of the supervisors. The kashrut revolution is great news to the kosher consumers in Israel.”

Here are the essential complaints that were presented in Israel’s media this week against the Chief Rabbinate’s handling of the kosher certification industry (mind you, the Rabbinate has no control over the Haredi Badatz certifications which are the only ones Israeli Haredim and Chassidim accept).

The quality of kashrut depends on the local rabbi, so the local rabbi should be responsible for all kashrut businesses in his municipality – not some clerk in Jerusalem.

Kashrut supervisors fight one another over newly opening businesses and suffer the loss of income when a business goes under.

Who supervises the kashrut supervisors: when the supervisor is paid by the restaurant owner or the manufacturer, he can’t stand up to them effectively lest he be sacked.

Kahana’s “revolution” has two main tracks for providing kashrut status in the State of Israel:

Track 1, intended for state institutions such as hospitals, airports, the IDF, and the Knesset.

The rabbinate will set the halachic standards. Supervision corporations will provide kosher supervision. An administrative body will be established with the authority to supervise the kashrut corporations to verify that they meet the basic or “mehadrin” standard, according to their mission statement. Food products will have a kashrut stamp of the given supervision outfit alongside the statement “Supervised by the Chief Rabbinate.”

Track 2, for everyone else.

Any three rabbis who have been certified by the Chief Rabbinate as City Rabbis may incorporate and decide on their level of kashrut demands. The corporations will provide kosher certifications and be supervised by the same administrative body as in track 1. The kashrut certificates issued by these City Rabbis will bear their stamp without the Chief Rabbinate’s stamp.

The Chief Rabbinate Council on Tuesday issued a sharp attack against the Minister of Religious Affairs’ kashrut reform. In an unusually harsh statement, the Rabbinical Council said:

“The Chief Rabbinate of Israel rejects outright the dangerous initiative of the Ministry of Religious Affairs to destroy kashrut in Israel. The ‘plan’ presented today for changes in the kashrut system means the abolition of kashrut in the State of Israel, opening a bazaar of entities with business interests that will grant kosher status, and providing an opportunity for every macher (functionary) to grant kosher status with a singular result: the destruction and ruin of the kashrut.

“This is part of a general trend of a war on religious services whose ultimate goal is the abolition of the Jewish identity of the State of Israel. 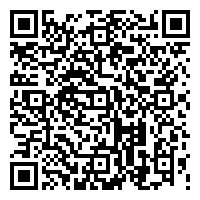