Foreign Minister Yair Lapid last Thursday told Kan 11 News that the current government partners do not agree on the Palestinian issue, and even though he supports a two-state solution, it won’t happen this time around. When asked if the situation would change when he becomes prime minister—in a little less than two years—Lapid replied: “Could be.”

Interior Minister Ayelet Shaked on Sunday morning rejected any possibility of a political settlement that includes the establishment of a Palestinian state by the current government, telling Reshet Bet radio that should Prime Minister Lapid lead such a move when he becomes prime minister, “He won’t have a government.”


Asked what Bennett would answer in his meeting with President Joe Biden if the issue came up, Shaked insisted: “He will answer that he is against a two-state solution,” explaining: “Our position is known, it was decided when this government was established, we don’t deal with this issue.”

“Biden also knows the prime minister’s opinion,” Shaked added, saying, “In a government of which we are members, no Palestinian state will be established. This thing is known to Lapid and the members from the left. It was clear that in this government we are not dealing with issues that are in dispute.”

In Thursday’s interview, Foreign Minister Lapid said he had not spoken to Palestinian Authority Chairman Mahmoud Abbas since taking office, but noted that the chairman’s conversation with President Herzog was conducted with the government’s approval.

“Most of the work with Abu Mazen (Abbas’s Nom de guerre) is in the security are, not foreign affairs. It’s not urgent for me to call Abu Mazen,” Lapid said.

Among the coalition parties, Yesh Atid, Blue&White, Labor, Meretz, and Ra’am support the establishment of a Palestinian state, while Israel Beiteinu’s position is unclear—they have both supported and rejected the idea in the past, and Yamina and New Hope are against the idea. But even though the yea sayers are in the majority, this is a parity government in which the numeric difference does not count.

Coalition Chairwoman Idit Silman (Yamina), told Reshet Bet: “We need to let time take its course. Some issues are in dispute, but at the moment they are not on the table. This government has very clear guidelines, so I am not worried about these issues.”

Agriculture Minister Oded Forer (Israel Beiteinu) responded to Lapid’s controversial remarks, saying: “We are currently engaged in the State of Israel and not in the vision of this or that other state. In this government, it is not a priority.” 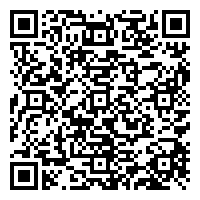