The Blue&White party is actually four completely different political parties who joined together to oust Prime Minister Benjamin Netanyahu, and beyond that share no other common ideology. It has members from the most radical far left, and a few from the right, and currently those two mirror ideologies within the party are at open war.

The MKs on the left want nothing more than to bring the anti-Zionist Arabs into the government and destroy all the accomplishments of Netanyahu’s right-wing government, and they certainly see nothing wrong with their coalition being absolutely dependent on anti-Zionist Arabs for its very survival.


The MKs on the right, which until now were represented by only Zvi Hauser and Yoaz Hendel, see both the danger and moral failure of establishing such a government.

The hatred of Prime Minister Netanyahu, by Hauser and Hendel’s  party chairman Moshe Ya’alon, outweighs whatever rightwing credentials Ya’alon used to have. He has even demanded that Hauser and Hendel quit as MKs if they won’t vote for an anti-Zionist Arab supported coalition.

But after standing firm, Hauser and Hendel are no longer alone.

MK Chili Tropper also declared his opposition to a minority government, though he is still loyal to Gantz.

But more surprising is MK Gabi Ashkenazi, one of the four Blue&White party heads also just came out against a minority government. According to Channel 13, Ashkenazi stands in direct in opposition to the positions of his co-chiefs Benny Gantz, Moshe Ya’alon and Yair Lapid.

If that wasn’t enough opposition, within the Joint Arab List, five of their MKs will not recommend Gantz as Prime Minister to President Ruby Rivlin, according to Yisrael Hayom.

Even if all this doesn’t break apart Blue&White into its constituent parties, it doesn’t appear they will have the numbers to even form a minority government.

At this point, after breaking their campaign promise to not seek support from the anti-Zionist Arab party, they are likely to crash and burn if a fourth election is called.

In which case, the best Blue&White can hope for is a rotation government with the Likud, and even that is not assured, especially if Ashkenazi, Hendel and Hauser decide to openly revolt and either split off, or simply vote to support a Netanyahu-led coalition.

Another scenario to consider is that this is all part of an internal coup against Gantz, to force him to quit after he failed to beat Netanyahu three times in a row.

Update: On Tuesday morning, Reshet Bet reported that Hendel and Hauser responded to the ultimatum against them stating that they will not be quitting the Knesset and they will oppose a minority government, even if it means they are thrown out the party for the next election.

Hauser and Hendel have also become subject to numerous threats, according to Reshet Bet, primarily from Yesh Atid supporters. 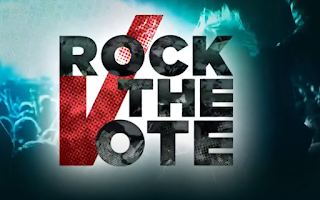