Israeli intelligence sources told Kan 11 News on Sunday that the damage to the Natanz nuclear facility was significant and included centrifuges of various kinds, undermining Iran’s capabilities to enrich uranium.

Two US intelligence officials told the NY Times the damage had been caused by a large explosion, the result of an Israeli operation, that destroyed the independent internal power system that supplied the underground centrifuges that enrich uranium. According to the report, the power system was “heavily protected.” The officials said the explosion severely damaged Iran’s ability to enrich uranium, estimating that it could take the Iranians at least nine months to restore the site’s production.


Another intelligence source pointed out that the explosion may have “significantly compromised” Iran’s leverage in its talks with the Biden administration to restore the 2015 nuclear deal. It is not yet known whether the Biden administration received advanced warning from Israel about the Natanz operation, but the operation coincided with the first visit of a senior Biden official in Israel – Secretary of defense Lloyd Austin.

Recently, Israeli officials expressed their frustration with leaks to the media from the Biden administration regarding Israel’s security operations, such as last Tuesday’s attack on the Saviz, an Iranian military vessel in the Red Sea that the White House reportedly leaked was an Israeli mine attack.

But on Sunday night it appeared that the Benjamin Netanyahu government continues its departure from the traditional secrecy regarding clandestine operations to openly boasting about them. On Sunday night, the Prime Minister raised a glass with security operatives in honor of the approaching Israeli Independence Day and declared: “The fight against Iran and its metastases is a huge task. The situation that exists today does not mean that it will exist tomorrow.”

The fact that Israel is not denying reports that it was a Mossad cyberattack that took the electric system at Natanz suggests that the attack was intended as a warning to the Iranians that the long hand of Israel’s security services can reach anywhere inside their country. It also suggested that Israel is not concerned about Iran’s ability to avenge the ferocious attacks on key personnel and facilities connected to its nuclear program. Sunday’s devastating blackout came less than a year after a mysterious fire wrecked an above-the-ground facility for the assembly of centrifuges within the Natanz plant. Sunday’s attack followed the previous Saturday’s Iranian festive inauguration of a new, advanced centrifuges production facility that replaced the one destroyed in last year’s fire.

Ali Akbar Salehi, head of the Atomic Energy Organization of Iran (AEOI) denounced the “latest act of sabotage” against the enrichment facility in Natanz, saying the international community and the UN nuclear agency must deal with such an act of “nuclear terrorism.” But other than protesting the Israeli attack, Iran’s ability to take equally devastating action against Israel, possibly through its heavily armed Hezbollah proxy terror group, would derail its efforts to revive the nuclear deal and, more importantly, get rid of President Trump’s economic sanctions.

In that context, Iran’s Deputy Foreign Minister Seyed Abbas Araghchi who represents Iran in the Vienna talks to revive the Joint Comprehensive Plan of Action (JCPOA), insisted on Sunday that the US must lift all the sanctions imposed on Iran by the Trump administration, not just those related to the 2015 nuclear deal, but also the ones punishing the Islamic Republic for its spreading terror around the Middle East, directly and through its numerous proxies.

“Our position is actually that if the U.S. is interested to come back to the JCPOA, they should not only lift all JCPOA-related sanctions but also sanctions imposed or reimposed or relabeled during the Trump administration,” the Iranian nuclear negotiator said.

Now, with the prospect of a nuclear weapon being almost within their reach being pushed off by at least nine months, the Iranians may have to settle for less than their all-or-nothing stand on revoking the sanctions. 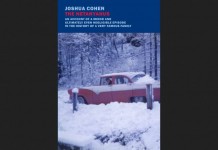 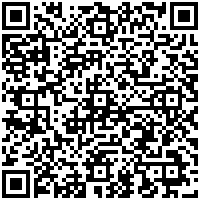