Russian President Vladimir Putin and Israeli Prime Minister Benjamin Netanyahu on Monday discussed over the phone possible organization of the production of the Russian anti-coronavirus vaccine in Israel, the Kremlin press service said on Monday.

“The conversation centered around combating the coronavirus infection,” the Kremlin said. “The sides exchanged views on preventive and restrictive measures taken in both countries.”

“The sides discussed issues of bilateral cooperation between the agencies and organizations concerned, in particular, prospects for cooperation on the Russian vaccine, including its possible supplies to and organization of production in Israel,” the Kremlin said.

Earlier this month, Prof. Zeev Rothstein, Director General of Hadassah Medical Center and Chairman of the Israeli Health Ministry’s drug basket allocation system announced that Hadassah Hospital had ordered 1.5 million doses of the Russian coronavirus vaccine, and plans to ask for permission to use the vaccine in Israel if the vaccine’s initial trial is successful – despite concerns about its safety and the quality of regulation that accompanied its development.

Russian Foreign Minister Sergey Lavrov has announced that Moscow is ready for coronavirus vaccine cooperation, especially with Europe, and pointed out that the Russian coronavirus vaccine Sputnik V had already been registered in Russia and work on two more vaccines was underway.

Gam-COVID-Vac, trade-named Sputnik V (V for Vaccine), is a COVID-19 vaccine candidate developed by the Gamaleya Research Institute of Epidemiology and Microbiology and registered on 11 August 2020 by the Russian Health Ministry. The vaccine was approved for distribution in Russia, despite having been tested only in a small number of people in early-stage clinical trials that lasted two months. The process normally requires a year or more of clinical assessment for proof of vaccine safety and efficacy against viral disease.

The quick approval of Sputnik V was criticized as premature and is thought to have been given in order to claim Russia as the first country to produce a COVID-19 vaccine. The criticism centered on the fact that Russia initially did not publish any results from the vaccine’s clinical trials prior to the approval. Although Phase I-II results were eventually published in September, the pivotal Phase III trial is yet to be proven to be successful.

Putin and Netanyahu also discussed the situation in the Middle East, according to the Kremlin’s announcement. 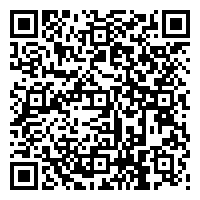