Former French Culture Minister Audrey Azoulay on Friday became the next Director-General of the United Nations Educational, Scientific and Cultural Organization (UNESCO). Azoulay defeated candidates from Iraq, Lebanon, Egypt, and, finally, Qatari diplomat Hamad Bin Abdulaziz Al-Kawari—who has been accused of “endorsing, encouraging, sponsoring and supporting projects and programs with blatant anti-Semitic content.” The final vote took place one day after the US and Israel had decided to leave UNESCO over its anti-Israel bias.

Azoulay, 45, who was born in Paris to a Moroccan Jewish family, said after her election that “at this time of crisis, I think we need more than ever to work on the UNESCO organization, to support, strengthen the organization and to make changes – not to leave it.”


After the vote, Azoulay said, “if my nomination is confirmed, my first action would be to restore the agency’s credibility and the confidence of member states in its ability to confront the challenges that only UNESCO can face.”

Calling UNESCO “an essential pillar of the multilateral system, a global force for the protection and promotion of cultural diversity and heritage, the strongest advocate of the universal right to education and freedom of expression,” the European Union on Friday issed a statement saying, “We congratulate Audrey Azoulay on her election as the new Director-General of UNESCO: we will continue to work together to protect, strengthen and revitalize UNESCO as part of the general work of UN Secretary-General Antonio Guterres.”

The EU statement noted: “We regret the decision of the United States of America and Israel to withdraw from UNESCO: our objective is to ensure that UNESCO fulfills its mission fully, and our support for UNESCO is there to stay. The EU is and will remain an indispensable partner in supporting the United Nations system and multilateralism.”

According to reports, Azoulay and Israel’s ambassador to UNESCO Carmel Shama HaCohen, both of Moroccan Jewish heritage, are on friendly terms and the Israeli diplomat advocated for the former Culture Minister’s election. The two reportedly met after the vote, and the prospective new chief reassured HaCohen that a much-needed change was coming to the agency. In reference to the Israeli’s prediction that she would win the vote, Azoulay apparently later texted him that he should bring Israel’s “prophetic” prowess to UNESCO. 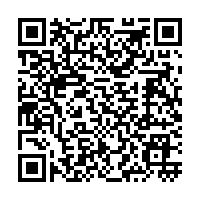