Representative Hakeem Jeffries (D-NY), 52, has thrown his hat in the ring to replace retiring House Speaker Nancy Pelosi, 82, as the Democratic Minority Leader next year, when the Republicans officially take back the House. House Majority Leader Steny Hoyer of Maryland, 83, who would have succeeded the Speaker, and Democratic whip James E. Clyburn of South Carolina, 82, who would also have been in line for the job, decided to let a younger generation of leaders to take over.

If picked by his fellow Democrats, Jeffries would become the first Black man to hold the top party leadership role in the House and the Senate. The other two Democrats vying for the job are Katherine Clark of Massachusetts, 59, and Pete Aguilar of California, 43.

Fox News responded with this curious headline: “Election denier Hakeem Jeffries could replace Pelosi as House Dem leader.” What they meant was that Jeffries questioned the legitimacy of Donald Trump’s election back in 2016… Revenge is a dish best served six years old?

Anyway, I went to Wiki (so you won’t have to) and discovered that Hakeem Jeffries is a good guy. He grew up in Crown Heights, Brooklyn, the son of a social worker and a substance abuse counselor. When he ran to the House of representatives for the first time from the 8th district (which included Fort Greene, Clinton Hill, Bed-Stuy, Brownsville, East New York, Canarsie, Mill Basin, and Coney Island in Brooklyn, South Ozone Park, and Howard Beach in Queens), he was endorsed by Assemblyman Dov Hikind, Councilman David Greenfield, and former Mayor Ed Koch. They and other New York City Jewish public officials attacked his opponent in the Democratic primary, Councilman Charles Barron, on his antisemitic statements and his support of Zimbabwe ruler Robert Mugabe and Libya’s Muammar Gaddafi.

At a rally in July 2014, Jeffries said: “Israel should not be made to apologize for its strength.” Recalling his childhood in Crown Heights, he added that he knew from experience that “the only thing that neighbors respect in a tough neighborhood is strength.”

In December 2016, Jeffries condemned the Obama Administration for not vetoing United Nations Security Council Resolution 2334 against Israeli settlements in occupied Palestinian territories. That was Obama’s final revenge against the man he loathed more than anyone else – Bibi Netanyahu (he whispered as much to Vladimir Putin during an open mic “faux pas”). 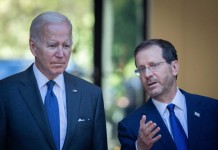 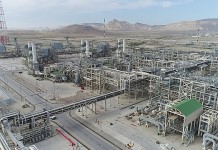 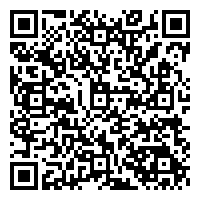