A terrorist who crossed into Israel from the Gaza Strip Sunday night stabbed and wounded a security coordinator in one of the Gaza Envelope settlements. The weapon of the security coordinator, Andrei Dostov, who has earned an award for excellence in carrying out his duties, was confiscated by police about a year ago following a false complaint filed by criminals against him to the Policemen Investigations Unit (Israel’s IAA).

Dostov, the security coordinator of Moshav Avshalom, prevented a serious attack on Sunday night when he stopped with his bare hands an Arab terrorist from Gaza who was armed with knives. Dostov was stabbed in the hand and abdomen and received medical treatment in the hospital.


A second security coordinator who arrived on the scene shot the terrorist and neutralized him.

Absurdly, security coordinator Dostov, who was first at the scene following a call from residents, had to do his job for about a year now unarmed, following a false complaint filed against him by Bedouin criminals from the Bir Hadaj settlement.

Only last week, Andrei Dostov’s appeal to have his weapon returned was rejected, as was the appeal of the security coordinator of Sde Nitzan, also in the Gaza Envelope.

The Ministry of Homeland Security rejected the appeal on the grounds of “concern for public safety,” even though both security coordinators routinely go out armed on police and military missions.

The Ministry of Homeland Security is headed by Amir Ohana (Likud), which may suggest that the fears on the right of the collapse of the rational approach to dealing with the Arab security menace may collapse under a right-left government are false: it has already collapsed under the Netanyahu government.

The two security coordinators, in their capacity as auxiliary policemen, last year detained Bedouin suspects during an operation. A police officer who arrived at the scene soon issued fines to the suspects over serious safety malfunctions discovered in their vehicle, as well as for a breach of the corona lockdown. During their detention, the suspects threatened revenge against the two auxiliary policemen, and shortly thereafter they filed a complaint with the Policemen Investigations Unit, alleging that they had drawn weapons against them.

“Tonight it turns out that the outstanding hero security coordinator is not a danger to public peace, but a shield for the public peace,” said Meir Deutsch, director-general of the Regavim movement, adding: “If the terrorist had not encountered him, but instead got to women or children, this night would have ended with a heavy cost in blood. I hope that the Ministry of Homeland Security will recover from its stupor tonight and announce the return of the weapons to the security coordinators.” 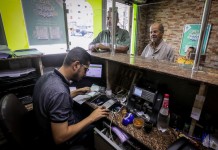 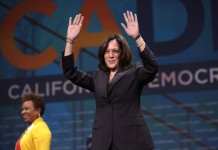