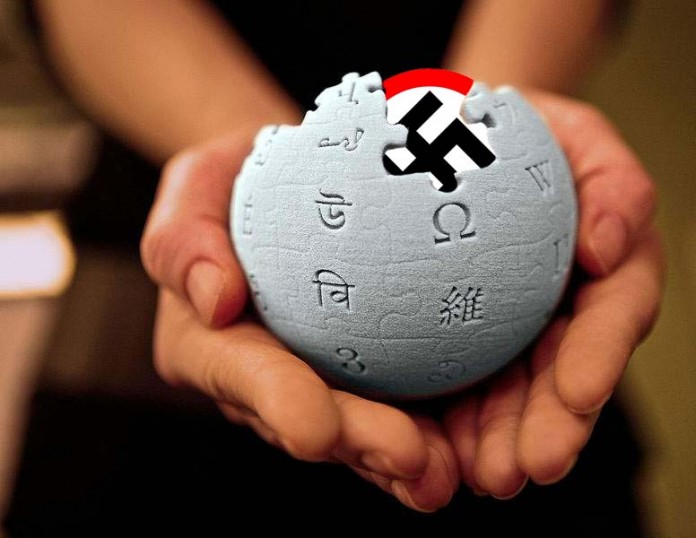 UK-based blogger David Collier who publishes Beyond the Great Divide – The Truth Matters, on Thursday posted an extensive report accusing Wikipedia of fomenting anti-Semitism (Exclusive – Project Wiki – how Wikipedia is breeding armies of anti-Semites), declaring, “Far too many people are still making donations to a platform that has long since turned from ‘doing its best’ into a manipulated monster that breeds ill-will towards Jewish people.”

Collier argues that as one of the most popular websites in the world, Wikipedia creates and protects paradigms, and as such, based on its community-based accumulation of knowledge, it has been extremely effective at disseminating horrific, damaging misinformation that ends up harming Jews and the State of Israel.

Collier cites as one example of the skewing of the history of the 1920 Nebi Musa riots. “At no point in the page is it clearly stated this was an anti-Jewish riot,” he writes, pointing out that “it is unlikely that anyone reading the page will understand what happened on that day. Rather than talk about the violence and murders, Wiki spends time focusing on ‘Zionist provocation.’”

The introduction paragraph to the Nebi Musa riots includes this explanation unsupported for the violence: “The trigger which turned the procession into a riot is not known with certainty – some evidence exists suggesting Jewish provocation, but it is also possible, though unreported, that Arab activities also contributed.” The source for the quote, according to Collier, is Ulrike Freitag, a professor of Islamic Studies who is affiliated with the anti-Israeli SOAS University of London and has publicly supported the BDS campaign.

In the reality of 21st-century publishing, if you’re a reporter or an academic looking for a paragraph to represent in your work what the Nebi Musa riots were about, you’d more often than not just lift the top paragraph, which is gorged with “ahistorical, anti-Zionist poppycock,” chock full of “a false anti-Zionist position,” Collier explains, asserting that “as these events are the building blocks of the 100-year-old conflict, this type of brainwashing is extremely damaging.”

How did this anti-Semitic garbage come into the world? According to Collier, “in the original page from 2012, the word ‘provocation’ is nowhere to be seen. The original introduction clearly tells of ‘a serious outbreak of violence against the city’s Jews.’ That all changed on July 5, 2016. A single user removed the mention of an attack against the city Jews *as well* as inserting the allegation about Jewish ‘provocation.’ The user, ‘Onceinawhile‘, has been active on Wiki since 2010.”

Collier tracked down Onceinawhile’s earlier work and found their first attack on Wiki’s Jerusalem page, where they cut down centuries of Jewish presence in the holy city by saying Jerusalem was under Babylonian and Persian rule in those years. The result was a suggestion that the Jews had been gone, while the streets of Jerusalem were teeming with today’s Iraqis and Iranians.

Onceinawhile committed more shenanigans, such as starting a pretend academic page on Wikipedia titled “Criticism of the Israeli government,” and trying to attribute popular use of the star of David to Christians and Muslims. He also added Israel to the top of the list of ethnocratic states on Wikipedia, on a page which hadn’t previously included Israel at all – and suddenly claimed it as the “key example’ of ethnocracy.

“Going through his highly active stream soon highlights that this is a pro-Palestinian activist, which then raises the question of whether the deletion of the mention of violence against Jews on the Nebi Musa page was accidental or deliberate. This is a great example of the way Wiki is being manipulated by those who are clearly biased against Israel,” according to Collier, whose research cites a burgeoning list of examples of Onceinawhile’s crimes against academic scholarship as well as what can be described as hate speech via unscrupulous edits.

Collier discovered hundreds of Wikipedia pages that have been edited by this scoundrel. Much of his work has been on the pages of key landing pages such as “Israel,” and “Palestine” – making over less than a decade a staggering 32000 edits on Wikipedia.

“The mistake would be in thinking this is an exceptional case,” Collier states. He reviews Wiki the pages on Yahya Ayyash, the chief bomb maker for Hamas during the early 1990s—during the Oslo peace talks. Collier points out that “in the early versions of the page on Ayyash, there was a sentence in the introduction that was precise, factual and necessary. It spoke of the human cost of his terrorist activity: ‘The bombings he orchestrated caused the deaths of approximately 90 Israelis, many of them civilians.’ The first edit in December 2007 removed the part that suggested many of the victims were civilians. That is a deletion which is clearly political in nature. On July 26, 2012, user ‘Egeymi’ removed the sentence completely.”

“There is a Wiki page on the Israel lobby in the United Kingdom,” Collier says, “There is, however, no page titled ‘Palestinian lobby in the United Kingdom’ – which highlights the bias inherent in the platform. anti-Semites want a page about the ‘Israel lobby’ and so one exists. Is the Palestine Solidarity Campaign with its regular petitions to Parliament not part of a Palestinian lobby?”

“My research on the myth of the ‘Balad al-Shaykh massacre’ is well known,” Collier relates. “I discovered a contemporary police report from the British archives that shows that the bragging Haganah fighters had exaggerated their activity. In fact there was no massacre at all. Only five Arabs had died that night, with three Jews also killed. I have the names and ages of the victims.”

If you’re into expert debunking of anti-Semitic articles – and since you’ve made it this far in this article it’s safe to assume that you are – you’ll enjoy Collier’s post, print it out, and share it over the Friday night table.

Collier concludes: “Wikipedia’s influence is unimaginable. The problem here is that Wiki fails us all. Some pages – such as the sections on Palestinian history – are incoherent and ahistorical garbage. The pages on Jews and anti-Semitism only help to spread a hatred of Jews. Those who set up the rules for Wikipedia may have anticipated acts of correctable terrorism on their pages – but did not foresee the war of attrition. Nobody was going to come along and attempt to rewrite history in a day. The best strategy is taking the current mindset apart brick by brick. Patiently over a number of years. That is what is happening with Wikipedia. As bad as it might have been a few years ago, each year it becomes gradually worse.” 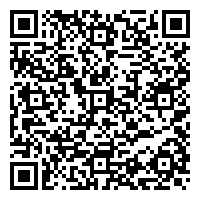