Under the US Constitution, the President is Commander in Chief of the Army and Navy. On Thursday, Otzma Yehudit Chairman MK Itamar Ben Gvir submitted a bill endowing him with similar powers over the Israel Police when he becomes Minister of National Security.

The bill amends the Police Ordinance, which anchors the authority of the Minister of Internal Security to outline Police policy. According to the bill, the Israel Police will be subordinate to the government and the Police Commissioner will be subordinate to the minister, whose new office has been changed to National Security Ministry. Also, according to the bill, the minister will not interfere in specific police investigations but will be able to guide policy on investigations.

The amended clause essentially deprives the police commissioner of his independence, turning him into a kind of director-general of the police, and distinctly not its commander.

The explanatory notes that accompany the bill describe what’s nothing short of a revolution in the history of law enforcement in Israel: “As we know, a basic principle in modern democracy is that the political echelon––elected officials––outlines policy and offers guidance, while the civil service echelon implements the policy. Accordingly, and in order to create a coherent legislative fabric that’s in line with the fundamental principle mentioned above, it is proposed to apply a similar arrangement in the police ordinance concerning the relations between the Israel Police and the government via the minister in charge.”

The National Security Minister will also be in charge of the police budget, as well as the commissioner.

Here’s a cute factoid: Police Commissioner Kobi Shabtai, whose relationship with Itamar Ben Gvir began back in May 2021, when he blamed him for the entire eruption of Arab riots and murders in Israeli mixed cities, on Thursday attended the Bat Mitzvah of Ben Gvir’s daughter in Kiryat Arba. That was an excellent example of the commissioner’s command of kissing his future boss’s back right at the point where it loses its dignified function. But there was more: Ben Gvir’s soon-to-be-predecessor, Omer Barlev, on Thursday promoted two officers against ben Gvir’s expressed wishes, seeing as ben Gvir had filed a complaint against one of them for excessive violence. Now, the police commissioner is always present on these occasions, which involve his highest-ranked officers. This time, though, Shabtai excused himself, citing medical reasons.

Yes, it’s good to be the king. 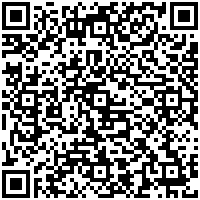