On Wednesday, the Knesset approved in a preliminary reading Meretz MK Nitzan Horowitz’s bill banning conversion therapy in Israel. Blue&White MKs voted in favor of the bill contrary to the coalition’s position. The bill was approved by a 42 to 36 vote and was sent to committee for amendments. Another bill, amending the Psychologists Law to comply with the initial bill, was passed by a vote of 43 to 35.

Homeland Security Minister Amir Ohana, a declared homosexual, and MK Michal Shir, both members of Likud, also voted in favor of both bills.

Following the vote, Shas announced that it would not participate in any upcoming plenary votes until further notice – a move that practically guarantees the failure of any new government legislation. Which should be an unexpected boost to the restaurants and gyms, because the next bill on the agenda is the Corona Powers Act which would have clipped the Knesset Coronavirus Committee’s ability to push back the Health Ministry’s rules demanding closure of restaurants and gyms.

United Torah Judaism for its part announced that “the law that was passed violates the sanctity of the family and is a blatant violation of the coalition agreement. The support that Blue&White members lent the law has undermined the trust that United Torah Judaism has placed in Blue&White. As of this moment, we halt all cooperation with Blue&White.”

It’s difficult to understand why the elimination of a psychiatrist practice which has been shown to do harm to individuals should threaten the sanctity of the family. After all, the law does not condone homosexuality, it merely forbids practices which may jeopardize the well being of homosexuals.

On the other hand, United Torah Judaism and Shas are right to feel betrayed, seeing as they had gone out of their way to obey the coalition discipline as loyal members of government, only to see their coalition partners step all over them.

And they did it while patting themselves so hard on the shoulder, it was a miracle they didn’t fall down. Blue&White Chairman and Deputy Prime Minister and Defense Minister Beni Gantz tweeted: “Conversion therapies are born in sin, and their place is outside the law. That is why today we will vote in favor of the law and against conversion therapies. This is why we came here. We promised it and we will keep our promise. It’s the right thing to do.”

And Justice Minister Avi Nissenkorn tweeted: “No person needs conversion. You are good just the way you are.”

Give this man a pair of wings, can’t you tell he’s heaven-bound?

Constitution Committee Chairman MK Yaakov Asher (UTJ) said after the vote that “it was expected from a party that claimed to be a ruling party to act responsibly and not according to whims and vengeance, certainly not on issues related to the very soul of Judaism. This is a violation of the coalition’s mutual commitment with all that is implied. It is inconceivable that Judaism be held hostage in the struggles and mutual revenge of Blue&White and the Likud.”

MK Moshe Gafni (UTJ) said, “We will not cooperate with Blue&White, but the Likud government is also good for kapures (meaning you can hold it up and turn it over your head, but not much more than that – DI). Where was Prime Minister Netanyahu? Why did Amir Ohana vote in favor? We are weighing our next move.”

It was an opportunity for sweet revenge for MK Bezalel Smotrich (Yamina) who had been involved in a much publicized dispute with MK Gafni only yesterday. After Smotrich called for the establishment of a commission of inquiry to examine the police’s ant-Haredi bias in enforcing coronavirus restrictions, Gafni issued a video response on Tuesday, in which he told Smotrich that even if he offered to double the budgets going to haredi yeshivas, he and his Haredi friends would still vote against it, because they are part of the coalition government.”

Oh, Karma so rhymes with rich…

After the vote, Bezalel Smotrich tweeted: “So the Likud and Blue&White, the coalition partners of the Haredi parties, betrayed them and, together with the opposition, passed a law that harms the sanctity of the Jewish family, in violation of coalition discipline. Will the Haredi parties still obey coalition discipline and vote against my parliamentary inquiry committee?! Aren’t you tired of being suckers ?!”

Which serves to show you that revenge is still the most delicious dish on any political menu. 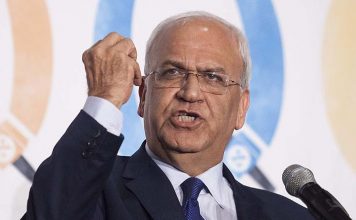 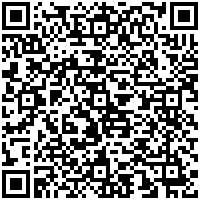