The Lod District Court will hear a $17 million class action suit against Laniado Hospital in Netanya, on behalf of a woman who asked to receive fertility treatments and was refused on the grounds that she was not married The Marker reported Thursday. This is the first time an Israeli court has approved a class action against a hospital.

The ruling was contrary to the position presented by the Health Ministry (headed by Haredi Minister Yakov Litzman – UTJ), that Ladiano is a private hospital, – it is owned by Sanz Hasidism – which provides public service, and that since the complainant had alternative options for fertility treatments in other hospitals she was not discriminated against.

The plaintiff, a resident of Netanya, lives near Laniado Hospital, is treated by a doctor who works in Laniado, and her HMO is in agreement with the hospital, so that there is no economic or bureaucratic impediment to carrying out the treatments there. The plaintiff has been in a long-term relationship with a man to whom she is not married, and was rejected on the grounds that the hospital does not give fertility treatments to unmarried women, since this is contrary to Jewish law.

According to the hospital, the demand that the couple be married stems from the halachic view that “the family unit is a supreme institution and value, and even more so when this family unit is being forged.”

The hospital further argued that the religious norm that underlies its position is the obligation to register the biological father as the father of the newborn, lest the offspring engage with its sibling from the same donor in the future, and give birth to a mamzer.

The majority of the rabbis rule that an unmarried woman may not receive in vitro fertilization on moral and spiritual grounds.

But the hospital’s halachic assertion is questionable, according to Rabbi Yehuda Leib Nachmanson, Dean of the Or Yaakov kolel in Rehovot, who relies on Rabbi Joel Sirkis (the Bach, 1561 – 1640). The Bach ruled that should a woman lie on sheets on which a strange man lay earlier should not be concerned with absorbing his emission, since this did not involve coitus. Rabbi Nachmanson argues that—regardless of whether a woman can actually be impregnated this way, the Bach, in effect, ruled that a woman – married or otherwise – may be fertilized by any man’s sperm in vitro.

Modern rabbis have dealt with the potential birth of a mamzer, should the in vintro child marry a sibling of the same donor, by recommending that the donor be a non-Jew.

The plaintiff claims that “in the categorical refusal of the hospital to provide fertility treatments to women suffering from infertility problems, the hospital discriminates against unmarried women with disabilities on the basis of their marital status.” 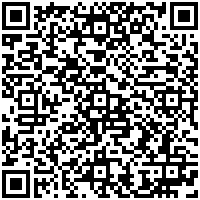