In recent months, there have been quite a few behind-the-scenes discussions about what the future recruitment law would look like. According to a Calcalist report on Monday (בממשלה מקדמים פטור מגיוס לחרדים – כדי שייצאו לעבוד), the staff in several government ministries, mainly Finance, the Economy, and Labor and Welfare, have been attempting to persuade decision-makers to embark on a much broader move that would create a deeper change in the relationship between the military and the Haredi society.

To remind you, the original reason that Israel has endured three elections in the last two years and is expected to hold a fourth election soon was the refusal of the Haredi partners in government to recognize a new IDF draft law.


The political crisis of 2018 began after the Supreme Court a year earlier had rejected a segment in the previous draft law that granted the Haredim a de facto exemption from the draft.

The proposed new legislation of 2018 set recruitment quotas and imposed sanctions on Haredi educational institutions that did not meet the targets.

Prime Minister Benjamin Netanyahu then decided to dissolve the Knesset on the assumption that he could continue the draft legislative process from a stronger position in the next Knesset. This was a serious mistake from which the political system in Israel has not yet recovered.

When the Knesset dissolved, the draft legislation was halted and the arrangement that exists to this day, according to which yeshiva students receive a postponement or full exemption from military service, is still illegal and does not meet the requirements of the Supreme Court.

According to the main points of the proposal emerging from the economic ministries, the age at which Haredi men receive an exemption from military service will drop to 21. This would allow the Haredi youths to enter the labor market at as young an age as possible, closing the gaps that already exist between them and their secular counterparts when it comes to entering the labor market.

However, the practical result of lowering the draft-exemption age to 21 means that a Haredi young boy who completes three years of yeshiva education between the ages of 18 and 21 would be completely exempt from military service.

This is a crucial point, and pushing it through would require the goodwill, imagination, and creative thinking of many sides in this battle, including the Supreme Court – so maybe don’t hold your breath.

In any event, with or without new elections, the deadline for the currently illegal practice in drafting Haredim is due to expire on February 1, 2021, with no extensions. Should no new draft law replace the discarded version, the Army will start recruiting everybody without distinction, which would certainly throw the country into a whole new level of violent demonstrations, needless arrests, and wasted billions.

The coalition agreement between Blue&White and the Likud stipulates that the 2018 draft law will be approved with minor amendments. The same agreement also envisioned a broad government committee that would be established to debate all the many aspects of the IDF draft of Haredim. Guess what: like many other clauses in the agreement between the two parties, the draft law has not been passed and the committee has not been set up.

When folks on the left and the right say this is the worst government in Israel’s history – they’re talking about that kind of stuff, a do-nothing government with members who are far busier undercutting one another than doing work.

The Haredi partners in this coalition are now trying to lead a move to impose a new draft law that fits their needs and their promises to their voters, which would ultimately be struck down by a raging Supreme Court, but who cares. This could mean that while the entire political system is rushing to the polls, and there’s little public attention to the tired, old issue of recruiting the Haredim, they could get away with it for half an hour.

But the economic teams working on a revolutionary proposal believe the political crisis is an opportunity, the Calcalist report claims.

According to data presented by Finance Ministry representatives to various government ministries, the total product loss resulting from the non-integration of the Haredim in the labor market will reach NIS 40 billion ($12.25 billion) in 2030. In light of the rapid pace of demographic growth in the Haredi population, the loss will reach NIS 400 billion ($122 billion) in 2065, at which point the economy will no longer be able to support such a high rate of non-participation in the labor market.

The Corona crisis and the resulting high government debt, which could reach more than 80% of GDP, require the government to find alternative ways to increase growth. The professionals in government believe that the crisis is an opportunity to generate relatively high growth in Israel compared with the rest of the world. They argue that a significant entry of the Haredim into the labor market can bring about significant change which is impossible in other countries. No other country has such huge reserves of young, intelligent, able citizens who can explode the local economy and fill the empty tax revenue coffers.

Subsidized daycare, property tax rebates, and Kolel stipends for studying Torah make working for a living less than attractive, especially at the low-wage menial jobs available to them today. The professionals in the economic government ministries are aware that budgetary changes that would quash these incentives are unlikely, assuming the Shas and United Torah Judaism would continue to serve as Likud’s backbone in future governments. Instead, the proposed change is mainly to remove barriers to entering the labor market and to allow Haredim to go to work at a much younger age, at better jobs.

The economic ministries have formulated a series of additional proposals. For example, the age of entry into National Service, the alternative to the IDF draft, will be cut from 21 to 20; vocational training will be available concurrent yeshiva studies at a younger age; and the National Service paths will be extended to include working for government-owned companies, endowing Haredi youth with relevant tools and professional training for better integration into the labor market.

The military has so far expressed opposition to a sharp drop in the age of draft exemption, arguing that such a move would make it even more difficult for the army to meet the Haredi recruitment quotas. The economic ministries are trying to persuade the military to support the move by formulating National Service paths that would be attractive to young Haredim, and counting those as part of the IDF quotas.

It’s an ingenious solution, but so far the IDF has refused to touch it. The economic ministries’ staff doesn’t have many friends in the Defense Ministry either when any and all draft legislation is bound to come from Defense.

And, speaking of inherent suspicions of everything new, the Haredi political sector may also oppose the proposal, mainly because lowering the draft exemption age to 21 means a more massive exit of young Haredi people into the labor market, when the Haredi leadership is interested in keeping them within the walls of the study halls for as long as those walls would have them.

The economic ministries’ staffs have had the imagination and the courage to drop the populist “equal burden” approach that led to the Supreme Court’s ruling. Their position is completely different, based on realism. Also, the court’s position is a recipe for disaster, the violent kind, and comes laced in a whole lot of hypocrisy.

Here is what we all know is true:

And those have been problematic issues with fewer than 3,000 Haredi recruits a year, many of whom are HINOs. Imagine if the IDF had to deal with the real number of recruits – and why should it?

In effect, the approach of the economic ministries may do away with the “equal burden” in military service, but the payoff would be a Haredi community that shares to a much greater extent in the country’s economic equal burden. The first choice will never happen, the second is a distinct opportunity for growth and prosperity. 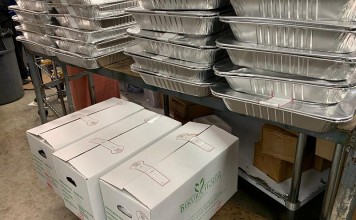