Yinon’s opinion is that the fact that the Knesset is on vacation cannot overrule the legal requirement to debate immunity requests “as soon as possible,” meaning that despite these difficulties, they are not sufficient to prevent the Knesset Committee and the plenary from debating the matter.


Should a Knesset committee convene in the near future and reject Netanyahu’s request for immunity, his trial could begin immediately. On the other hand, if the committee approves the request, Netanyahu’s immunity would only be valid until the March 2 election day, at which point Netanyahu would have to apply again to renew his immunity.

Last month, Knesset Counsel Yinon stated that there was no impediment to convening the Knesset committee before the new government had been formed, although there is no obligation to do so either. Today, he has decided that the Knesset being on a hiatus should not prevent the same move.

The Knesset counsel’s opinion puts the ball in Knesset Speaker Yuli Edelstein’s court, and it’s up to him now to adopt or reject it. It’s doubtful an appeal to the High Court of Justice would yield a decision compelling Edelstein to order immunity hearings based on Yinon’s opinion, which is not even a recommendation.

Blue & White officials told Reshet Bet radio on Sunday that should the Knesset counsel decide it is appropriate to debate the immunity request now, and should Speaker Edelstein deny it anyway, Blue & White would respond aggressively, including the possibility of calling for a vote to oust Edelstein (Gantz Trying to Out-Maneuver Netanyahu on Immunity, Clash Expected Sunday).

In his decision, Yinon stated that “despite the various difficulties that arise in the course of immunity hearings after the Knesset has already decided on its dispersion, and despite the precedent involved, “It cannot be determined that the Knesset Committee and the Knesset Plenum should be barred from debating and deciding immunity requests at this time.”

Coalition chairman MK Miki Zohar (Likud) commented on the Knesset Counsel’s decision on Reshet Bet radio Sunday afternoon, saying it is a “delusional decision serving the left, which can use the Knesset during an election furlough as a political tool to promote political interests. This goes against all the rules of the democratic game. It is a bad decision that will hurt this election campaign and can tip the scales. I don’t think there’s a single jurist in Israel who wants their name attached to tipping the election results.”

Chairman of the Arrangements Committee, MK Avi Nissenkorn (Blue&White), was expected to hand over to Speaker Edelstein and Counsel Yinon letters from faction leaders representing 65 MKs who advocate for the establishment of the Knesset Committee and the consequent debate there of the Prime Minister’s request for immunity. 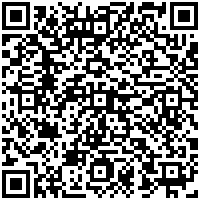